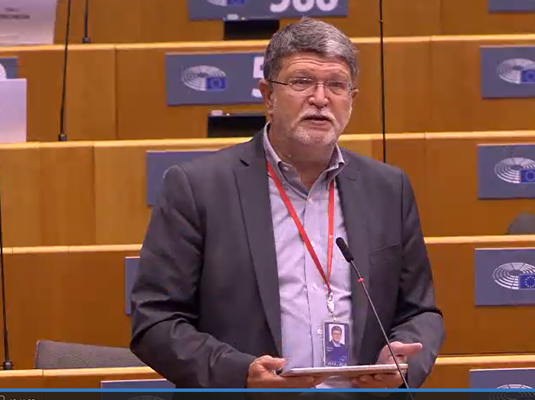 At the plenary session on the state of the EU, Picula endorsed the European Green Deal and payments from EU funds conditioned by the rule of law

Croatian MEP Tonino Picula spoke today at the plenary session of the European Parliament dedicated to the state of the Union, where he commented on the speech given by the President of the European Commission Ursula von der Leyen.

Here we deliver the entire speech.

EU is no longer an experiment but a political fact. Unique in history. However, the EU today finds itself at a crossroads. During the first weeks of the pandemic, many have asked if the EU will emerge from this crisis unchanged, transformed, or will it never emerge? In a short time, corona-virus has threatened the EU legacy that has been forming for the past decades.

Speaking about the state of the Union, you offered reasons for a new European optimism, as an upgrade to the agreement reached this summer and the high expectations of citizens, who are very much feeling the consequences of unprecedented economic hazard in recent times.

For example, through the energy transition, the islands have shown that even small steps can have great effects.

Our recovery and growth must be sustainable, and the disbursement of the EU funds must be based on the rule of law.

Let us strengthen the common and foreign policy by qualified decision-making and, by renewing our enlargement policy, let us guarantee a stronger Union in an increasingly chaotic international environment.