Next Generation EU to boost enlargement 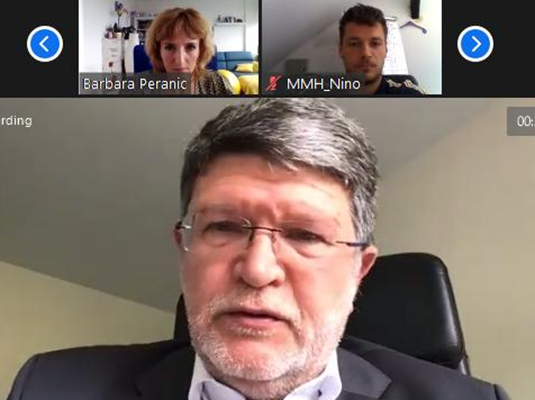 Croatian MEP Tonino Picula participated in a press conference organized by EP Office in Zagreb prior to this week’s plenary session.

The plenary session will include themes such as assistance packages worth billions of euros required for resolving the crisis, a conversation about racism problems in the USA, and furthermore EU voting on Picula’s Report on a European Parliament recommendation to the Council, the Commission and the Vice-President of the Commission and High Representative of the Union for Foreign Affairs and Security Policy of the Western Balkans, after the 2020 summit meeting.

The history of Europe is a history of enlargement as its most successful foreign policy tool. 16 years after the culmination of that process stimulated by the reception of ten new countries in the EU membership, assistance package Next Generation EU is thought to ensure a new impetus for given policies on the Western Balkans. On one hand, enlargement will strengthen European Union and enhance its resilience for future crises by expanding peace amplitude and cooperation in our nearest region, while on the other hand, it will help those countries to complete its own processes of democratic transition, Picula commented.

While answering journalists’ questions, Picula stated that the last recession proved the danger of catastrophic consequences of “fiscal orthodoxy” for the EU. Then, he reminded, Germany was a country that advocated radical austerity policies, but today the conscience about those dangers has led to a greatly different solution. European Commission’s logic is to seek a loan on the world market, and the amortization period is from 2028 to 2058. We can assume that this repayment ought to be much easier than recovery from 2008, Picula declared. He also stated that the EU heritage is at stake, much like its historical achievements, especially Schengen and the internal market. EU reacted well to the pandemic. The critiques it received were justified, Ursula van der Leyen spoke about it, and the European institutions are beginning to move forward while trying to correct a fair number of deficits through a series of law proposals. They are prioritizing an assistance package that should make EU institutions more functional and adept to EU citizens, Picula explained.

As far as defeating racism globally, he continued: We have been given an opportunity to discuss the situation in the USA. But the discussion will not only be about events following the murder of George Floyd, but also about racism towards the Afro-American community in the USA and in the EU itself. We cannot adopt a declaration in EP about racial discrimination in the USA without mentioning the same problem in the EU. That would not be correct nor legitimate.

He also draws out that the EU has its own similar problems, and as far as Croatia is concerned, a burning issue is a condition with Romani people in Međimurje and elsewhere who are suffering from discrimination when it comes to employment, for example. He reminded about the most recent appalling instances with graffiti and deplorable written threats to Serbians. On that occasion, Picula announced: We are demanding a framework from the European Commission to resolve racism and discrimination nationally together with more severe penalties for similar problems.