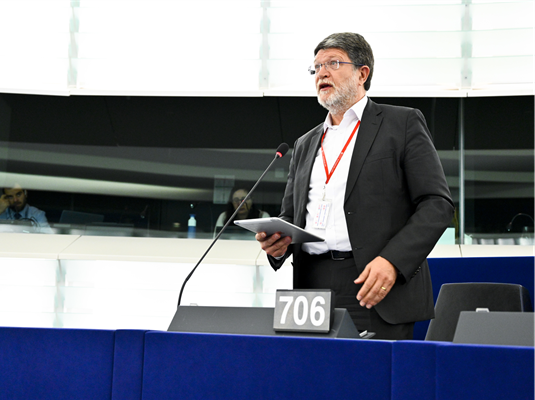 He stressed that in developed democratic systems, citizens' voice and election results have and should retain absolute value and a roadmap for policy development.

Croatian MEP and Coordinator of the Parliamentary Group of Socialists and Democrats for Foreign Policy in the European Parliament stressed that the prevention of foreign interference in electoral processes can not only be restricted to preventing the spread of false information and news, but extended to detecting foreign sources of political party funding directly related to third countries, as well as their impact on the content of political campaigns. For this reason, he also supported soon establishment of a special committee for dealing with fake news and foreign influences on electoral processes in EU member states.

He also remindet that nearly two-thirds of Union citizens are concerned about the impact and the ability to manipulate election results. There are multiple reasons for this, and there is more than enough evidence of foreign interference.

All we have to do is look at neighboring Italy, whose recent Vice Prime Minister Matteo Salvini could thank the popularity of his far-right League to the direct assistance of Trump strategist and ultra-rightist Steve Bannon, as well as financing the party's work with Russian money, through people close to Russian President Vladimir Putin. Salvini repeatedly returned the service through support for Russian interests in the EU. Similarly, French far-right leader Marine Le Pen secured the financing of her National Front party with a nine-million-euro loan approved by a Russian bank, in support of Russia's annexation of Ukrainian Crimea. A preliminary review of the European elections published by the European Commission found that foreign-affiliated groups and other non-state actors were working to undermine the credibility of the European Union through social media campaigns.

"The development of digital communication and the availability of information on social networks has not been accompanied by an adequate level of privacy protection of citizens or verification of the authenticity of information published and disseminated," Picula concluded, adding that the Cambridge Analytica scandal was a supreme evidence of misuse of personal information for propaganda and framing purposes in shaping political campaigns.

See the speech on the link.