Picula on first year of his third EP mandate 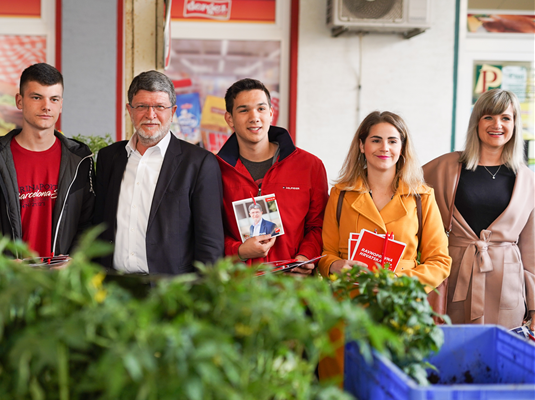 Dear all, it has been exactly one year since you elected me to uphold the social democratic policies and values on your behalf, along with the interests of all the citizens of the Republic of Croatia.

As in my first and second mandate in the European Parliament, I dedicated myself to two subjects that I consider to be of great importance to the Republic of Croatia and all its citizens, but also for the EU as a whole. The first one refers to the foreign policy of the European Union, especially towards Southeastern Europe, while the second is the energy transition of Croatian, that is, European islands.

This is in Croatia's best interest, economically and geopolitically speaking, because it would facilitate more trade with these countries. Croatia will be fully integrated into the EU only when all of its borders are shared only with other EU members states.

Thanks to my budget amendments, the Croatian islands have been provided with four million euros for energy transition projects, but more importantly, they have entered the European Union's Green Plan, Europe's largest economic and environmental project, which will shape our future in the decades ahead. In addition, for the first time, I included our rural areas in these policies with my amendments, but I also provided them with initial funds for their energy transition projects, two million euros this year.

I have also been appointed EP rapporteur for cohesion policy commitments on climate change, which will be one of the most important tools in the coming years when it comes to monitoring whether taxpayers' money is really invested in energy and environmentally sustainable projects and businesses. It is certain that the recovery of the EU and Croatia after the COVID-19 pandemic will not be possible without a strong cohesion policy and energy transition.

These are some of the topics I am working on as the President of the EP Intergroup for the Seas, Rivers, Islands, and Coastal Areas which brings together 107 members of the Parliament.

I am pleased that the results have been discerned and that I have been nominated for the EU Oscar in the energy category. In brief, this has been a productive year of the first mandate. I believe I have justified the trust bestowed. I look forward to continuing to work and to protect the interests of the Republic of Croatia and Croatian citizens in the European Parliament.