Picula is the 2nd most influential MEP on foreign affairs 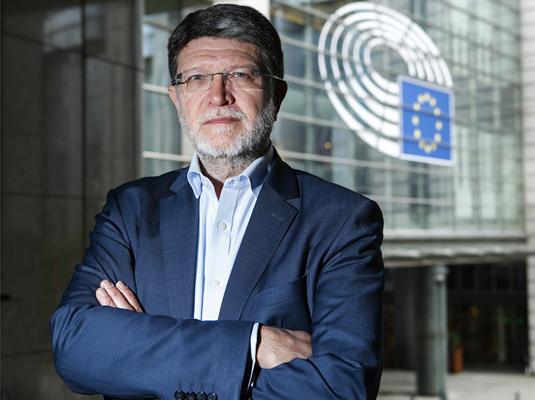 Tonino Picula has been selected as the second most politically influential MEP on foreign affairs, according to indicators on the Influence Index measured by the independent think tank Vote Watch Europe.

European foreign policy is an important tool facilitating creation of a joint European future. It also allows us to ensure safety and prosperity to our citizens in Croatia and all the member states of European Union in a world of growing uncertainty and geopolitical, environmental and healthcare challenges. Within a frame of a new European Foreign Policy, confirmation of Union’s influence in the region is one of the tests for its future global credibility, while to us in Croatia it is important for the prosperity of our nearest neighbourhood. I am pleased that the recognition of my engagement was also discerned by an independent think tank that derives its research on measurable indicators, Picula stated following the announcement of the Influence Index Vote Watch Europe results.

As stated in the Vote Watch Europe press release, Picula is the second politically most influential regarding foreign policy, especially the Western Balkans. “Croatian social-democrat holds the responsibility for annual reports on Montenegro progress while chairing the EP working group for Western Balkans. Recently he prepared a report with recommendations on enlargement for a summit on Western Balkans. Additionally, Picula has been coordinating positions of the parliamentary group of Socialists and Democrats in the Committee on Foreign Affairs in his third mandate. Picula has vast professional experience as a minister on foreign affairs, Head of the OSCE Missions in Eastern Europe, and he chaired EP Delegation for relations with Bosnia and Herzegovina and Kosovo. It is important to underline that this ranking does not include Picula’s recent nomination to the position of the EP standing rapporteur for relations with the United States of America.

After the analyses of political influence regarding matters of healthcare, the European Green Deal, digital policies and economy, on this week’s itinerary is foreign policy, especially from the perspective of political guidelines of the President of European Commission Ursula Von der Leyen, concerning a “geopolitical Commission”, the pillar of a “Stronger EU”, where the index is evaluating the assessments on which members have the most potential on influencing EU decisions regarding foreign policy, trade agreements and development aid. It especially becomes evident with the prolongation of the crisis caused by the corona virus pandemic, which in turn is potentiating tensions with other important international players, growingly demanding USA, systemic rival China and the geopolitically assertive Russian Federation.

Considering the fact the EU is facing many important decisions regarding relations with China, Russia, United States and Great Britain, Vote Watch Europe reveals which members will have the most influence on those matters. The EP Committee on Foreign Affairs is still among the most popular ones, assesses Vote Watch Europe, while in turn requesting from its representatives a great deal of skill in acquiring influence through its contact network and expertise. Vote Watch Europe emphasizes that we ought to keep in mind that the representatives albeit being prominent signatories of initiatives or amendments, their stances are often a result of a more extensive political or social forces that collide when shaping policies. “Ignoring those forces can only lead to surprises, so look further than those the most visible, whereas they are just the top of the iceberg, observe their colleagues, networks and other stakeholders surrounding them, take into account that 90% of the things are happening underneath the surface, concludes Vote Watch Europe.