The islands have solutions, they just need the support of the central government 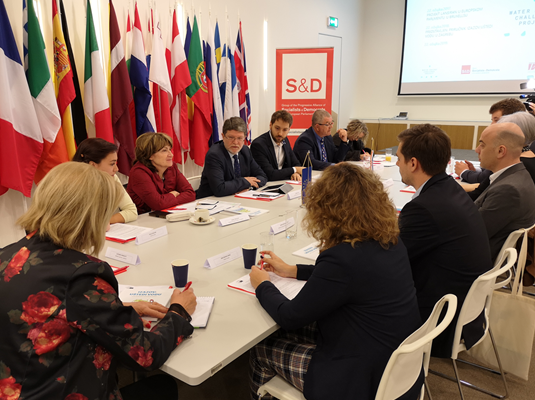 Picula gathered the leading people of island self-government units involved in the WASAC project, as well as representatives of the Ministries of Environment and Energy, as well as the Ministry of Regional Development and EU Funds, on a meeting in Zagreb.

"By establishing a Secretariat for the Islands of the European Commission and securing a budget for its energy transition projects, the European Union finally recognized the specificity of island conditions in practical terms as well. However, this is not enough, but in the next period we will have to fight to make the islands far more relevant and in the allocation of Cohesion Fund resources. Our islanders have shown that they know how to organize their water supply and manage their water rationally. In order to improve and secure water supply, the ministries and state bodies of the Republic of Croatia must do much more to effectively use the funds for the construction of water supply infrastructure on the islands, for which we have almost one billion euros of European money at our disposal", said Croatian MEP Tonino Picula today opened the round table "Water Supply on the Islands: Challenges and Solutions", organized by his office in Zagreb on the occasion of World Water Day.

As one year has passed since the first phase of the Water Saving Challenge (WASAC) project, launched by Picula's office in collaboration with the Royal Institute of Technology from Stockholm completed, Picula brought together the leading people of island self-government units in Zagreb to participate in the project and workshops as well as stakeholders in the system, such as representatives from the Ministries of Environment and Energy, as well as the Ministry of Regional Development and EU Funds.

The round table was attended by Damir Tomasović. Head of the Project Preparation and Implementation Sector in the areas of energy, climate change, environmental protection and transport infrastructure and mobility, Andreja Baraba, Head of Islands Division at the Regional Development Directorate of the Ministry of Regional Development and European Funds. Lili Mekterović-Ružić, Head of Sector at the Directorate for Islands of the Ministry of Regional Development and EU Funds, Vesna Trbojević, Head of the Public Water Supply and Drainage Sector at the Ministry of Environment and Energy, Marin Gregorović, Deputy Mayor of the City of Cres, Kuzma Tomašić, Mayor of Smokva Municipality, Lučijano Sangaleti, former director of Komunalac d.o.o. Lastovo and WASAC partner, Marko Kolega, Mayor of Kali Municipality, Paula Bolfan, President of the Island Movement and Ana Marija Jakas from the Island Movement.

The smart solutions, presented in the WASAC manual published by Picula's office, have shown that simple, inexpensive and quick interventions can make serious savings in a plumbing system without restrictions for consumers. Eight Water Saving Challenge islands concluded that applying different solutions (divided into three categories: smart communication, smart engineering, wise management) can reduce fresh water consumption by 10 to as much as 55 percent. The amount of water saved annually on eight islands (with a total population of less than 8,000) would amount to 200 million liters, saving 470,000 kWh of energy and 42,000 kg of CO2 emissions. The success of the concept is also reflected in the expansion of the WASAC Island network.

At the end of last year, the WASAC network was expanded with an additional 14 islands with a population of about 40,000 in the Baltic. The Nordic Council of Ministers has approved EUR 100,000 for the development of the project in the Finnish, Swedish and Estonian islands, with additional support from the Royal Institute of Technology, which has made 6 MA students available to the project.