Include Albania and N. Macedonia in EU fight against coronaviruse 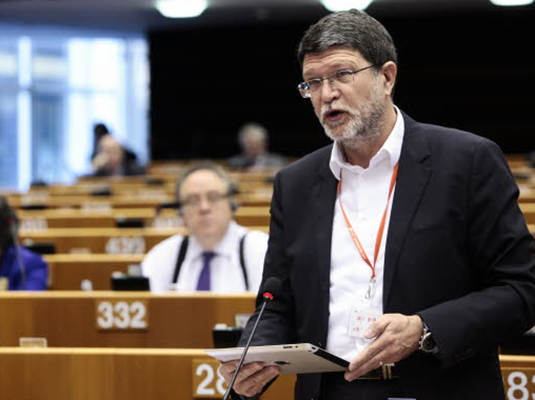 The chairwoman of the  parliamentary group, Ms Iratxe Garcia Perez said: "This is a great day for the people of Albania and Northern Macedonia, but also for the European Union, as we have reaffirmed that enlargement policy, as one of the most successful EU policies, is very much alive. Unfortunately, the significance of today's decision was overshadowed by the coronavirus crisis. We congratulate both countries on their successful opening of the negotiations, as both countries deserved them. As the European Commission has repeatedly emphasized, they have fulfilled the criteria and done all that was asked to get closer to the EU. "

On this occasion, the Croatian MEP Tonino Picula, who is also the EP Rapporteur for enlargement in the Western Balkans, and theRapporteur for Montenegro, reiterated the need for these countries to become involved in EU programs to combat the coronavirus pandemic. "It is extremely important to include Albania and Northern Macedonia, as well as Montenegro and Serbia in the  'Financial Assistance to Member States and Countries in the Negotiations on Accession to the Union seriously affected by a major public health emergency' package, due to be adopted by the European Parliament on Thursday. Other measures must also support Kosovo and Bosnia and Herzegovina", Picula points out.

"I congratulate both countries, but I do not think it was necessary to impose additional conditions on Albania. The decision of the Ministers of European Affairs is a good first step in rebuilding the trust between the EU and its closest neighbors, which I hope will join us in the Union after meeting the criteria. I would again like to reiterate that the most important criteria a candidate must meet are the rule of law, respect for all human rights and freedom of the media.”,  Picula concluded. Today's political decision will be followed by a written signing procedure by the 27 Permanent Representatives of EU Member States.