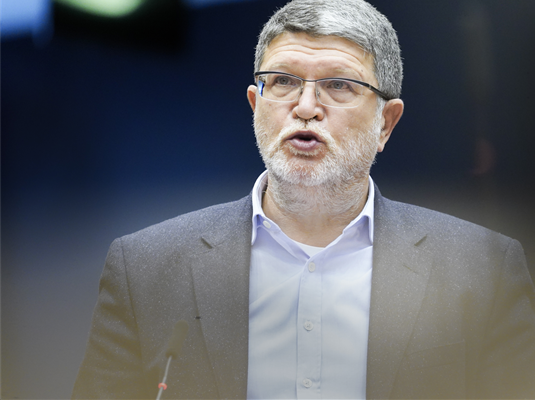 Croatian Member of the European Parliament Tonino Picula, standing rapporteur for relations with the United States of America, last night opened the hearing “Future of Euro-Atlantic relations” organised by the EP’s Committee on Foreign Affairs as an introductory speaker.

In his speech, Picula underlined the necessity for European Parliament’s contribution to the “EU-US: A new transatlantic agenda for global change” jointly presented this week by the European Commission and the European Council, the true occasion for organising the hearing.

Along with the president of the EP’S Committee on Foreign Affairs David McAllister and the Chairman of Delegation for relations with the United State Radosław Sikorski, ambassador Philip T. Reeker, Head of the Office for Relations with Europe and the Eurasian Ministry of Foreign Affairs of the United States, ambassador Wolfgang Ischinger, Chairman of the Munich Security Policy Conference, dr. Karen Donfried, president of the German Marshall Fund of the United States, and Brian Glynn, Executive Director for America in the European External Action Service also participated. Picula said that he expects the new US administration led by Joe Biden and Kamala Harris to work together on building a multilateral system based on fair rules and the shared values of democracy and the rule of law.

“The Euro-Atlantic alliance is of crucial value and needs to be revived, because the list of challenges ahead of us is extremely long. First of all, it is the fight against the pandemic and its consequences followed by the fight against climate challenges, minimizing inequalities, then the reform of the World Trade Organization and regulation of the technology sector, social networks and the financial industry”, he stated, and when it comes to examples of cooperation, he pointed out that one of the vaccines against COVID-19 is jointly developed by European and American companies.

Picula particularly welcomed the announced composition of the President-elect Biden’s new foreign policy team, led by Anthony Blinken and Jake Sullivan, signaling that the USA is returning to the multilateral global order as a reliable partner. He also estimated that the future of the EU-US relations will be considerably influenced by relations with China, and welcomed Biden’s announcement that he will consult European partners in this domain. Finally, he stressed the necessity of building new relations on an equal basis, which demands a more significant engagement from the European Union than previously, while a stronger and more conscientious EU would furthermore be a steadfast partner in the international order.

As elected representatives of EU citizens and co-legislators, MEP’s have announced at the meeting that they are supporting the revitalisation of the transatlantic partnership, through monitoring the implementation of the agenda brought by the Commission and the Council, as well as legislators that will work on shaping the necessary legal solutions to constitute it as successfully as possible.