President of the Working group for Western Balkans 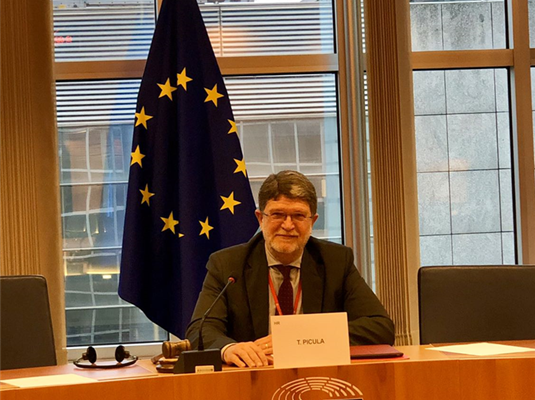 Tonino Picula was appointed as chairman of the Western Balkans working group on the Committee on Foreign Policy (AFET) of the European Parliament today.

"Enlargement of the European Union will be a priority of my mandate as President of the Working Group, in line with my previous appointment as rapporteur for the European Parliament's recommendations on the Western Balkans", Picula said today during his appointment.

The Working Group was constituted back in 2005 to reflect the political priorities of the European Union and to ensure a more coherent approach by the European Parliament to the region. In this ninth term of the European Parliament, the democratization and transformation of the six countries of the region will also be the focus of the agenda of the Committee on Foreign Affairs of the EP, with particular emphasis on the continuation of enlargement policy. The Working Group is responsible for coordinating, initiating and reporting on the Western Balkans, liaising with the Council of Europe, stakeholders from all EU institutions, working with representatives and stakeholders from candidate and potential candidate countries from the region, as well as UN and World Bank and other international actors.

"The Croatian Presidency of the Council of the European Union is an opportunity for the Republic of Croatia to confirm its foreign policy priorities, among which is the enlargement and stabilization of the neighboring regions of the Western Balkans", Picula added and emphasized: “These are countries that are significant Croatian economic partners, with whom we share a common history. It is of our utmost interest that we have other EU Member States at all our external borders, as this provides us with stability and security. I thank my colleagues for their trust".

Picula has repeatedly emphasized that the European perspective of the Western Balkans, namely the EU enlargement policy, is a powerful tool for stabilizing the region. He negatively assessed the recent non-opening of negotiations with Northern Macedonia and Albania, saying that the credibility of the EU was questioned in the case and reiterated that the two countries deserved to open negotiations and hoped that it would be done at the Zagreb summit announced for May this year.