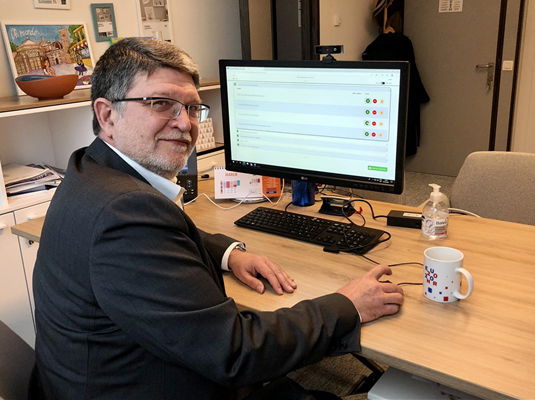 Today, the European Parliament passed the report “Cohesion Policy and regional environmental Strategies in the fight against climate change”, which was initiated and negotiated by the Croatian Member of the European Parliament Tonino Picula. The report, adopted with 572 votes in favor, 79 against and 37 abstentions, emphasizes the importance of cohesion policy as Europe’s largest investment tool with over 300 billion euros in the fight against climate change, that is, achieving Europe’s climate neutrality by 2050 and meeting the Paris Agreement goals.

“The intention of this report was to outline the steps necessary in the transition to a climate-neutral Europe by 2050, from the perspective of European regions. With 330 billion euros approved for the next budget period, Cohesion Policy is the largest and most important investment tool in Europe. As thirty percent of the Cohesion and European Regional Development Fund will be directed to projects to decarbonise the economy, Cohesion Policy has become a key tool in the fight against climate change. Our regions must not miss this opportunity, because, as the EP warned on November 28, 2019, we are in a climate and environmental crisis. Namely, climate change is not just an environmental issue, but economic and social change, which is why we must fight climate change at all levels: local, regional, national, European and global. Funding from the Cohesion and European Regional Development Fund will allow us to invest in green jobs, improve the quality of life and prompt greener cities as we win this fight. We must achieve the transition to climate neutrality in a socially just way, without discrimination on any grounds. That is why we have emphasized not only the social dimension of transition, but also the role of specific regions, such as small islands and remote regions, as innovative laboratories for the development of clean energy, smart mobility, waste management and the circular economy”, Picula pointed out during the presentation of the Report at the EP plenary session.

The report calls on local and regional authorities to translate the objective of climate neutrality into concrete local environmental activities, taking into account the specificities of the regions and using innovative measures. The report reminds that 30 percent of cohesion and regional development funds are allocated for “green projects” in the current budget period and all must be invested following the principle of non-harm.

“The Commission welcomes the Report initiated by MP Picula. In this budget period, Cohesion Policy will make a major contribution to the fight against climate change. Around 69 billion euros will be allocated for climate policies in the regional context, in line with the objectives of the European Green Deal. We will monitor all investments according to OECD standards for monitoring climate impact. All levels of government, from local to regional to European, are important factors in the fight against climate change, and the Commission is telling members to look for the environmental sustainability of investment in programming cohesion funds”, said European Environment, Oceans and Fisheries Commissioner Virginius Sinkevičius.

Regional development plans must therefore focus on reducing environmental risks, energy transition to renewables, biodiversity and climate adaptation, and support for civic engagement and local projects. Cooperation between regions and cross-border projects and mechanisms, such as the Covenant of Mayors for Climate and Energy, are also encouraged. MEPs also stress the importance of establishing an effective methodology for monitoring the progress of national governments, local and regional authorities in the fight against climate change, by adopting equal standards for all. The Report emphasizes the need for additional support to areas most affected by the transition to climate neutrality, especially border regions and small islands with specific needs. They need to be given access to sufficient economic resources to reach their full potential. Parliament also asks members to include “Smart Villages” in their approach to cohesion programs, and asks the Commission to make available the tools needed to implement the objectives of the European Biodiversity Strategy by 2030. The strategy envisions that cities with at least 20,000 residents must create urban forests and farms, parks, gardens and green roofs, and streets with planted trees. Such measures have a positive effect on the urban microclimate and health, especially of vulnerable groups. Finally, the Report calls for more synergies between the various European cohesion funds, instruments and programs and to increase the coherence of public and private investment in order to increase the effectiveness of regional environmental strategies.