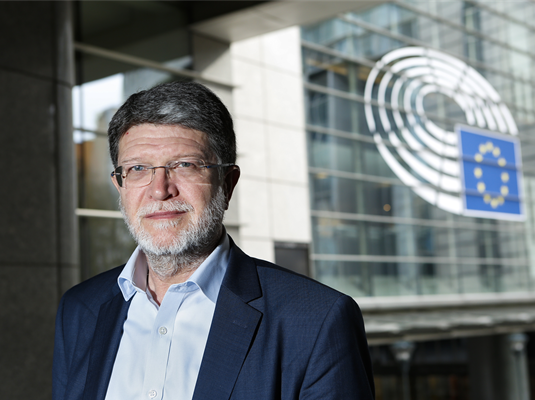 Croatian MEP Tonino Picula was elected as Coordinator of the Socialist and Democrat Group (S&D) at the European Parliament's Foreign Affairs Committee (AFET).

"I will strive to strengthen the parliamentary dimension of the EU's foreign policy as well as the strategic position of the EU in the world on the basis of its immutable values ??that have made it the most important political project throughout European history. The EU must remain a strong global player in the 21st century as it has been so successful in the 20th century. I am very honored that my colleagues from the Socialist and Democrats group decided to give me the confidence to do this together", Picula said during the nomination.

Security issues related to climate change and migration driven by war events and economic inequalities are among the biggest challenges the EU is currently facing. The way in which we deal with them will largely determine the future of the Union and its internal political relations, emphasized Picula.

S&D has thirty members in the Foreign Affairs Committee, 15 full-time and 15 alternate members.

About the work of the coordinator

The job of the Coordinator is to conduct preparatory and working meetings in Brussels and Strasbourg, where every foreign-policy report on individual countries and topics is preceded before each voting in the Committee. The Coordinator is also responsible for voting lists, informing MEPs about the positions and defining the positions of a parliamentary group in case there are some problematic issues. Coordinator is the one who makes decisions on the agenda; which reports and when will they be placed on the group's agenda, determines which of the group's representatives will work on which report as a rapporteur or shadow rapporteur, and who will get the floor at the plenary session on foreign political topics. Also, the coordinator, together with colleagues from the Security and Defense Subcommittee, where Picula is also a member, agrees with the reports of that subcommittee which are voted at the Foreign Affairs Committee.

Foreign policy and international relations have always been the focus of Picula's political work. During his previous mandate in the European Parliament, he was the president of the European Parliament delegation for relations with BiH and Kosovo (2014-2019), and was responsible for the reports on Ukraine and Northern Macedonia on behalf of the group. He also held the position of a special co-ordinator and head of OSCE observation missions in parliamentary or presidential elections in Moldova (2010), Kazakhstan (2011), Russia (2012), Georgia (2012) and Armenia (2013). He was also the vice-president of the OSCE Parliamentary Assembly since 2011. He was the rapporteur of the OSCE Political and Security Committee (2010-2011), and the Head of the Croatian Parliament Delegation at the OSCE Parliamentary Assembly.

Picula has served as Foreign Minister of the Republic of Croatia between 2000 and 2003, and during that mandate he signed the EU Stabilization and Association Agreement, and with the Prime Minister Ivica Račan, on behalf of the Republic of Croatia submitted a request for joining the European Union. For seven years he also served as the International Secretary of SDP.