Picula on a mission in Beirut 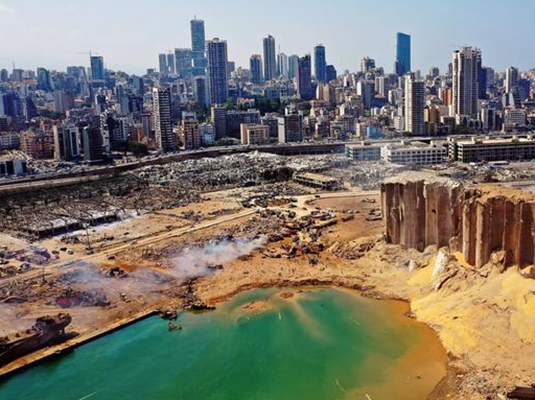 Meets the Acting Prime Minister of Lebanon and non-governmental organizations, from which he calls for free and democratic elections, as conditions for EU assistance

Croatian Member of the European Parliament and Socialist and Democrat Foreign Policy Coordinator Tonino Picula traveled to the Lebanese capital Beirut, as part of the S&D delegation, where he will meet with the Lebanese Acting Prime Minister Hassan Diab, Deputy Prime Minister Zeina Akar and Parliament Speaker Nabih Berri, as well as representatives of NGOs. On the occasion of the mission, which will last until September 7, Picula stressed the need for an active role of the European Union in its neighborhood, in order to prevent any possible spillover of instability and help avoid humanitarian crises. The delegation traveled to Beirut with the aim of encouraging political fractions in Lebanon to reach an agreement on the imminent formation of a new government. After years of political fighting and civil war, Beirut was badly damaged last year in a massive port explosion that killed 217 people and left 300 000 displaced. The explosion further destabilized the already fragile stability in that country. It is crucial for Lebanon to conduct free and democratic elections and form a government as soon as possible so that the process of receiving EU aid can begin, but also the fight against corruption, which is another condition for that process. After returning from Lebanon, Picula, together with parliamentary group colleagues, Pedro Marques, Vice President for Foreign Affairs, Evin Incir, Rapporteur for Palestine and Nora Mebarek, member of the delegation for the Middle East, will request a European Parliament plenary debate on Lebanon.