Picula makes his first visit to Montenegro as EP rapporteur 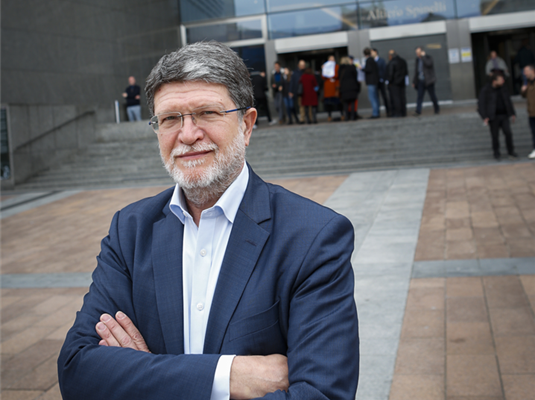 MEP Tonino Picula travels tomorrow on a three-day mission to Podgorica as standing Rapporteur of the European Parliament for Montenegro.

This is MEP Picula's first visit to Montenegro, since he became rapporteur for the European Parliament in October last year.

"As a Member of the European Parliament who has been engaged in foreign policy with a special commitment to the Western Balkans and former Minister of Foreign Affairs of the Republic of Croatia since the beginning of my mandate, I am well aware of the political situation in Montenegro. Of all EU candidate countries, Montenegro has moved farthest in the negotiations. As rapporteur of the European Parliament, I am working to help strengthen the institutional capacities of Montenegro in order to meet the criteria for full membership in the EU as soon as possible", said Picula on the eve of his departure to Podgorica.

Picula will meet with Prime Minister Duško Marković, Foreign Minister Srđan Darmanović and Head of the EU Delegation to Montenegro Aivp Orav in Podgorica. He will also hold meetings with Montenegrin Parliament Speaker Ivan Brajović and other Heads of EU Delegation, and in addition to EU accession topics, Picula will also discuss current political issues in the country.

In addition to these meetings with senior officials, Picula will also visit the Croatian community in Kotor during his stay.

Picula had earlier announced that EU enlargement would be a priority in his mandate as chairman of the Western Balkans working group, in line with his earlier appointment as rapporteur for the European Parliament's recommendations for the Zagreb Summit. In this capacity, Picula is working on a set of recommendations that will contain an objective review of the results and methodology of the current bargaining system and proposals that should contribute to the new momentum of the now slowed-down enlargement policy. He stressed that Montenegro should continue its path to the EU under the rules under which it started negotiations.

"It is of strategic interest for Croatia to have other Union members on its borders. Since Croatia is the last country to become an EU member, we have the latest experience that we need and want to transfer to countries in the region. The Croatian Presidency of the Council of the European Union is an opportunity to reaffirm our foreign policy priorities, among which is the enlargement and stabilization of the neighboring regions of the Western Balkans. I hope that Montenegro will continue to work on the reforms that are needed in the areas of the rule of law, the independence of the judiciary, freedom of the media, and continued efforts that are needed to prevent and combat corruption that is widespread in many areas", Picula said.

Montenegro applied for EU membership in 2008, was granted EU candidate status in 2010, and accession negotiations began in June 2012. It has opened 32 of the 35 negotiation chapters, three of which have already been provisionally closed. The European Commission's report for 2019 reveals a lack of confidence in the electoral system, but on the other hand, Montenegro is making moderate progress in the judiciary, and is making the same progress in public administration in terms of rationalization and depoliticisation, where additional efforts are needed. A strong political will is needed to tackle corruption effectively, as well as a strong criminal justice response to high-level corruption, according to the European Commission's report last year.