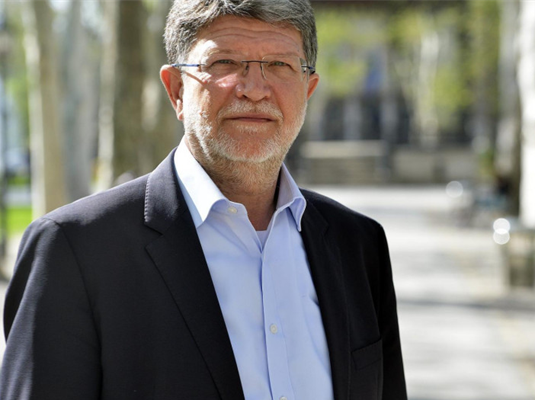 Picula is working on a report on the impact of cohesion policy, the most powerful European tool in the fight against climate change and environmental protection in the EU and Croatia

Picula initiated the drafting of the Report at the end of the last year, and it received support and green light within the Committee on Regional Development in the midst of the COVID-19 pandemic, in order to use cohesion policy and regional development funds for just energy transition and protection of the environment based on goals of the European Green Deal, Paris Climate Agreement, and the recovery of EU economy after the end of the pandemic.

As Europe’s greatest and most relevant investment instrument, cohesion policy plays a crucial role in the fight against climate changes. It must focus on achieving goals of limiting global warming growth to 1,5 degrees Celsius above pre-industrial levels and combating biodiversity loss. Particularly, the goal of cohesion is to reduce differences between european regions and regions within the member states of the Union, and climate change is one of the reasons for the increase in differences between regions that cohesion measures are trying to reduce. That is why it only makes sense to invest in energy transition and environmental protection, in order to reduce development gap where it is most needed: the availability of clean energy and the environment, which are one of the key factors in raising the quality of life of Union citizens, Picula expressed during the presentation of the draft Report.

We believe that the transition towards climate neutrality as we have outlined it through the European Green Deal can be successful only if it is social and fair and does not exclude anyone, he evaluated. In this regards, special focus is needed for following elements, as Picula’s Draft outlines: economy cohesion based on sustainable growth and green jobs while respecting the needs of different sectors, social cohesion that comprises just transition with social and economy support mechanisms for the most affected, social justice and understanding for energy poverty and special needs and territorial cohesion that includes awareness of the needs of different European regions, especially remote and island areas, cities where average temperatures are rising faster, and preparing for extreme events such as rising sea levels.

Picula also included positive examples from Croatia in the draft Report. These are European and Croatian islands that have already participated in pilot projects of energy transition within the Secretariat for Islands of the European Commission, for whose work it has provided funds through amendments to the EP. These islands have adopted their own energy neutrality strategies with clearly set deadlines for completing the transition. They have shown that they are able to deliver integrated, sector-uniform and innovative infrastructure and solutions for the development of the local economy, and they need to be provided with access to funds to continue these projects. In addition, the draft report welcomed the adoption of the Split Memorandum during Croatia's presidency of the Union.