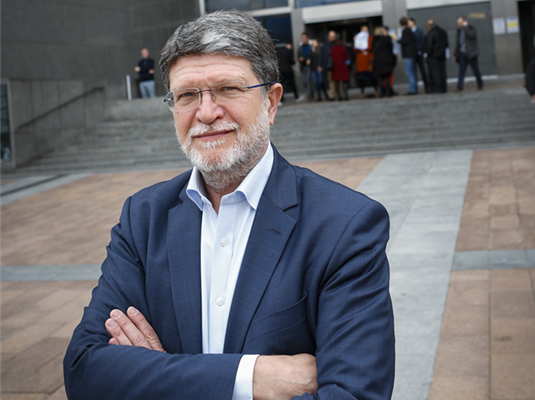 The Group of Socialist and Democrats in the European Parliament endorsed the European Commission's decision to allocate € 20 billion under the Global EU response to COVID -19 to help developing countries to combat the spread of the pandemic and mitigate its socioeconomic consequences. In doing so, the EU has decided not to give up on the UN Sustainable Development Goals in times of major crisis, with many countries delaying their contribution.

Croatian MEP and S&D's Coordinator in the EP Foreign Affairs Committee Tonino Picula supported the EC decision:"The EU is a global player and as such, in a sincere multilateralism spirit of close cooperation with key global institutions such as the UN and the G20, we must act to help our international partners, including our African friends in primis, to face this terrible global pandemic. The COVID-19 crisis has dramatically hit European societies and economies, causing thousands of deaths and compromising future growth. The spreading of the Coronavirus in the poorest areas and states risks overwhelming the already precarious lives and economy of the most vulnerable people. We cannot remain indifferent to this and this is why, despite the difficult times, we appreciate the efforts put forward today by the European Commission."

“The emphasis on supporting health systems in the Western Balkans, southern and eastern neighbourhood, Africa, Middle East and Latin America is particularly crucial both for EU interests and its global moral fibre.", said Picula and reiterated a call for all international actors to review and reassess all obstacles to effectively fight COVID-19, including those extra-territorial sanctions that cripple the ability of the states’ health system to cope with the pandemic.

Udo Bullman, S&D Development Committee Coordinator emphasized that: “The priority now must be to address the emergency and the short-term humanitarian needs, but we cannot forget our common long-term economic and social goals, giving particular attention to the most vulnerable groups such as refugees, migrants, internally displaced people as well as women, children, the elderly and disabled people who already have been in a precarious situation. We expect the European Commission to also focus on the need to support the education systems, which are in danger of collapsing in several countries. Public and accessible education for all is now more important than ever. In addition, it is crucial to leave no one behind through social protection measures such as income support or facilitated credit, to prevent social and economic collapse.”