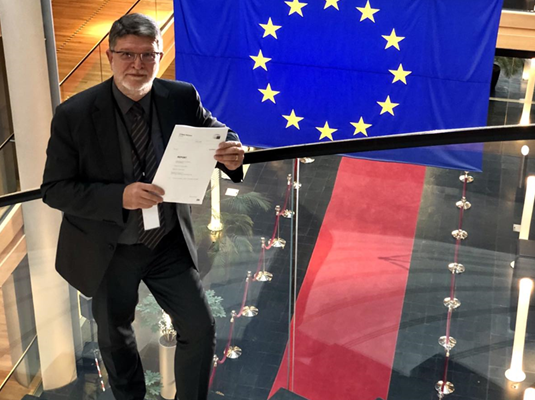 By adopting a Report on future EU-US relations, the European Parliament is seeking an equal partnership

“With the adoption of the Report on the future of EU-US relations, MEPs have sent a very clear message to the Commission and the Member States that the European Union must take on more responsibilities and attain a new position in the multilateral global order. It is the European Union that makes autonomous strategic decisions in relation to security and defense challenges, in matters of green transition, in matters of international trade and the protection of the rule of law. However, the European Union remains a reliable partner in efforts to preserve global liberal democracy, together with the United States,” said Tonino Picula, Croatian Member of the European Parliament and author of the Report.

Picula’s Report, on which the MP and his team have been working on since the beginning of June last year, was voted by a large majority of 550 votes in favor, 83 against and 55 abstentions. Among the main emphases of the Report, which outline the future formulation of policies and strategies in relation to the United States, it should be noted that the United States remains the largest European strategic partner. The report also mentions tensions following the adoption of the AUKUS trilateral agreement, the uncoordinated withdrawal from Afghanistan, saying we need to better study differences, seeking to improve cooperation, better coordination and the exchange of information and experiences between the US and the EU.

As the author, Picula stressed in the adopted Report that it is necessary to reorganize the work of the United Nations and the World Trade Organization and the Organization for Economic Cooperation and Development (OECD) in order to start the process of global harmonization of corporate taxation with the aim of abolishing tax havens. The report calls for greater coordination on a range of geopolitical issues, such as a coordinated stance on Russia and China, as well as green transformations of the global economy to halt climate change, and the fight against authoritarian regimes, the covid-19 pandemic, climate change and terrorism.

At the same time, the need to strengthen European strategic and defense autonomy, complementary to NATO, is emphasized. Picula described China as a "systemic rival and competitor" in the report, but despite that, it must be an important partner in the fight against a number of global problems, such as the fight against climate change, because green EU and US policies are insufficient without China’s clear commitment in that struggle.

A special part of the Report is dedicated to the countries of the Western Balkans region, Croatia's immediate neighborhood, and emphasizes the need for more intensive engagement of the EU and the US in renewing their strategic partnership with the Eastern Partnership and Western Balkans countries, to be able to resist authoritarian forces and become democratic countries in prosperity.