Through enlargement EU fulfills its mission 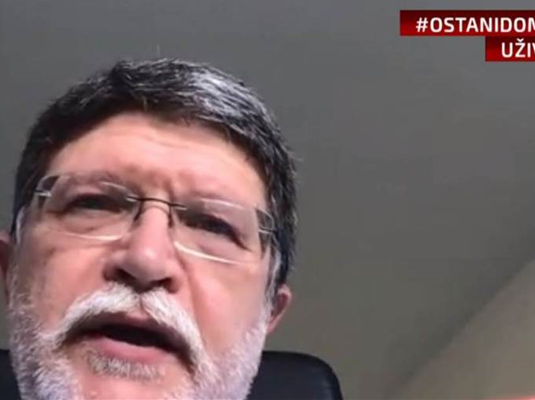 Tonino Picula commented for N1 Television on European Parliament recommendation to the Council, the Commission and the Vice-President of the Commission / High Representative of the Union for Foreign Affairs and Security Policy on the Western Balkans, in the run-up to the 2020 summit, for which he was the Rapporteur. He also talked about the EU's response to the epidemic's consequences, and the behavior of Hungarian Prime Minister Viktor Orbana who uses the crisis to increase his powers.

Talking about enlargement policy, he emphasized that it was returning to the mainstream of European politics: "Looking at the state of enlargement policy last year, when in October French President Emmanuel Macron blocked the start of negotiations with Northern Macedonia and Albania at the European Council, and when we know that the UK left the EU this year, one could easily think enlargement policy would fall into, not second, but the third row of EU interests. This, however, is not the case. Already in February this year, the European Commission proposed a new system of negotiations with the candidates, and in March the European Council gave the green light to open negotiations with Northern Macedonia and Albania. Two days ago, the European Parliament, with a very clear support, made recommendations to the Council, the Commission and the Vice-President for Foreign Policy and Security that enlargement policy must return to the mainstream of European policies. The European Union simply cannot close within its existing borders and cannot fulfill its mission within the existing framework. As a Rapporteur for these recommendations, I believe that the main message is that those who knock on EU doors should be encouraged. "

"The European Union has a built-in characteristic that prevents it from acting quickly when it needs to. It is a community of states, and not a united country. If it were, that chain of expression from problem to solution would be shorter. The criticism, that in this pandemic the EU has not responded quickly enough to its own citizens, nor provided assistance to its neighborhood, stands. However, in the last 20 days all European institutions have been working rapidly, various aid packages have been devised, and even some of the harmful decisions have been withdrawn. Today, the Commission decided to employ more than 3 billion EUR of affordable loans intended for 10 neighboring countries to remedy the economic impact of the pandemic", Picula said.

The Hungarian parliament has voted for legal changes, giving Prime Minister Viktor Orban almost unlimited power. All this justified by the fight against corona virus. Picula said that what Orban is doing needs to be analyzed in a broad time dimension of a policy that has lasted more than five years and has been constantly criticized by EU institutions.

"It seems to me that Orban has crossed some borders now, and is being openly criticized within the European People's Party. I think Lukashenko has got some company, and is no longer the last dictator on the European continent", Picula said He added that the European Union is, among other things, a community of certain values. If violated, there is a clear way to sanction those who do.According to the MEP, the question is if there is the political will to do so or if Orban's tactics of using the global pandemic situation to avoid sanctions are correct.

Video on the link.