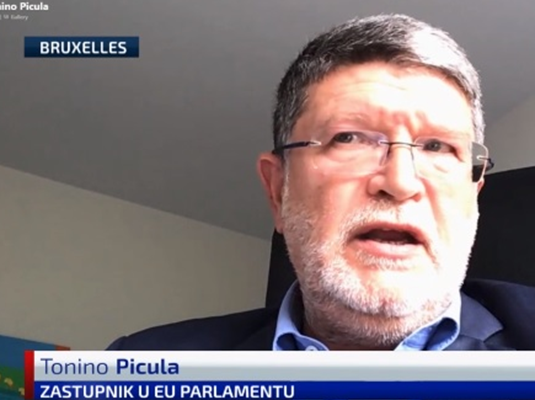 Picula commented the election results in Montenegro, agreement between Serbia and Kosovo signed in the US, as well as elections in SDP for N1 network

Croatian MEP and standing rapporteur for relations with Montenegro, Tonino Picula, made an appearance on the N1 network, where he commented on the results of the elections in that country, as well as the situation in the SDP ahead of presidential elections.

Picula noted that in the week after the Montenegrin elections some quite concerning reactions to the results could have been seen, as well as those indifferent ones. Picula deems the latter to be “an announcement of the winning coalition intent to maintain Montenegro's pro-European course, that it will not call into question any agreement that Montenegro has insofar signed."

Picula confirmed that Milo Đukanović can influence the stability of government’s forming even after the elections. “It is good that the president of DPS declared that he accepts the results, as an outcome of the will of the electorate.”

Although being small, Picula explained the importance of this country: “Montenegro is the only candidate country that has opened all the negotiations chapters. This means that it has an established structure of communication with Brussels. The next big phase that should happen now is the beginning of the closing of those chapters. Montenegro is an important regional player in Southeast Europe; it has acknowledged Kosovo; it is a NATO member, and is one of the few countries in the region that fully agrees with EU policy."

Picula also stated that Serbia itself will have to take care of the responsibility for the stability of Montenegro, that is, for possible incursions of “Greater Serbia” political sentiments, which were present in the election campaign.

Speaking about the upcoming elections in the SDP, Picula pointed out that the party can be either reformed or marginalized, becoming a bearer of policies alternative to those of the HDZ, which is not enough at the moment.