The EU needs to preserve its unity, sanity and common sense 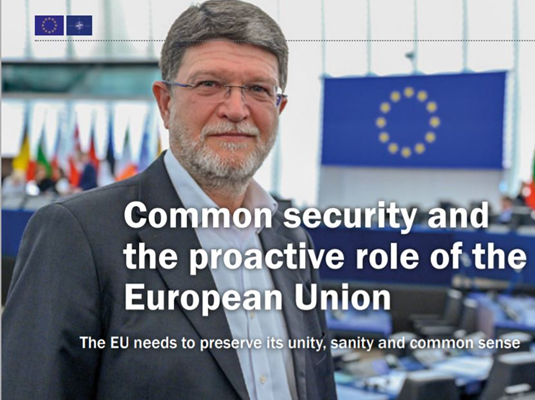 Picula wrote for The European Security and Defence Union magazine about the new challenges for European safety.

Picula affirmed that this year’s dramatic events, such as the crisis of multilateralism, Brexit, terrorist attacks, migration issues, and growing instability in the Middle East, have inevitably been put aside due to the greatest threat that humanity has encountered, and that is, of course, the coronavirus pandemic and the consequential crisis. The pandemic has brought the already destabilized global order under question, and the complexity of the safety dynamics represents an additional challenge for the new, “geopolitical” European Commission.

Picula exclaimed that the European Union needs to preserve its unity, sanity and common sense by keeping an open dialogue with all the international partners when it comes to fighting the pandemic. At the same time, he considers that it is possible to observe incessant confrontations between various actors in regards to fake news and accusations, what finally dictates the global surrounding in these unprecedented times.

The pandemic drew attention to the danger of cyberattacks and spreading the disinformation that are threatening the European democratic system, values, and safety. “It is our task to respond with continuous activity, strengthening our own capacities and investing in new technologies”, he wrote.

“The likely following crisis indicates the need that our critical infrastructure needs to be protected, and screening foreign direct investment in strategic sectors can be a useful tool to protect these assets”, Picula stated.

“The awaited Croatian presidency of the EU and the Zagreb summit which was supposed to be the highlight of the Presidency, unfortunately, had to be undergone in the different format of the conference”, Picula stated and continued that “the EU provides content over noise, but it needs to have a strong voice to deliver a clear message to the region.”

“We do not know yet when all of this will end and when we will be able to return to normal life, but it is already clear that nothing will be the same. We need to learn valuable lessons from the whole situation, looking at past mistakes while planning a sustainable future and playing an active and credible role. Internally, our biggest enemies are selfishness and nationalism, and we need to fight with all forces against them. That is why the value aspect is important”, Picula assessed.