Picula the most influential Croatian MEP 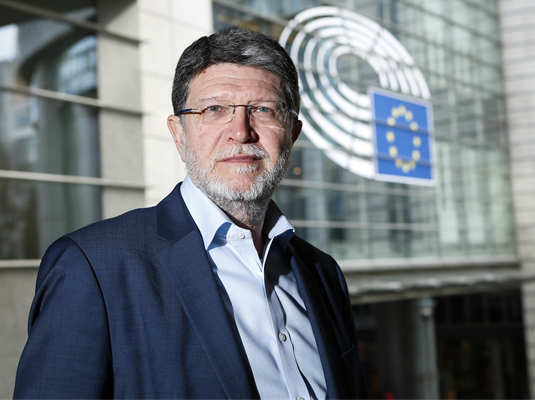 According to the criteria of the independent organization Vote Watch Europe

According to the criteria of the VoteWatch Europe think-tank index, which aims to promote political transparency and accurate information, this independent organization has appraised Tonino Picula as the most influential Croatian member of the European Parliament, by evaluating the political influence on shaping legislation, winning votes, as well as a social reach when it comes to forging public discourse and establishing support.

As a Member of the European Parliament, my engagement constantly strives to affirm positive European values of cooperation and solidarity across all topics, be it the stability of Croatia and the EU closest region of Western Balkans, or energy transition, both islands and the Union as a whole, or finally European relations with the United States. I believe that Croatia can only be strong in a solid, and social EU, one that understands and encourages forging the world in a positive way, and moreover upholding peace, stability, and prosperity. I am sure that my work on specific EU agendas, such as the green transition, digital transformation, and especially in the successful energy transition of the Croatian islands, has plainly contributed to such a high ranking, what distinguishes us in the EU context. I am glad that VoteWatch recognized mine, and the engagement of my closest associates, Picula highlighted on the occasion of the announcement of VoteWatch.

Picula is also the only Croatian MEP among the 100 most influential in the European Parliament.

As published in the report, Picula has earned first place based on his functions as S&D’s foreign affairs coordinator, following by important reports about Montenegro annual’s progress report and recommendations to the institutions in the Western Balkans, in addition to the function of a Chairman of the European Parliament’s Intergroup on Seas, Rivers, Islands, and Coastal Areas. Thanks to his expertise in foreign affairs, Picula has been appointed this year in June as EP’s standing rapporteur for relations with the United States. It is a duty in which Picula, on behalf of the European Parliament, covers all topics concerning the relations between the European Union and the United States.

The same think tank recently named Picula the second most influential European representative in the field of foreign affairs.