Picula for N1: EU most cautious towards US in 70 years 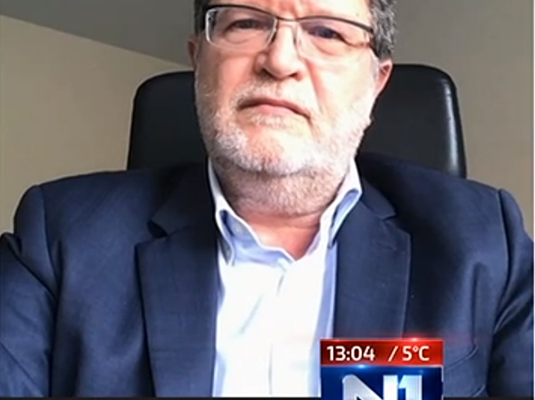 Croatian Member of the European Parliament and EP’s standing rapporteur for relations with the United States, Tonino Picula, assessed for N1 network what the Union expects from Joe Biden

“Judging by the real stream of congratulations that European leaders sent to Joe Biden, it can be said that a good part of political Europe and EU officials were relieved and that this change in the US is more than welcome”, Picula said for N1.

Picula stated that “Biden’s victory is a response to European politicians’ expectations directed at making the relationship between the USA and Bruxelles far better than in the past four years of Trump’s term. He added that the EU is not overly enthusiastic and that everybody understands the true situation in the USA. “If you observe those congratulations a bit closer, you will see that there are no illusions about changing something overnight. Biden will have to put the focus on serious and difficult Trump’s political and other legacies before being able to dedicate to international relations.”

Picula believes that after the experience with Trump’s term “the EU has learned that with America it has to become more cautious than ever” adding that the European stakeholders are well aware of the fact that the previous world cannot be reconstructed in such a short time, viewing from the European perspective on political processes in the USA after World War II.

Furthermore, Picula anticipated Biden’s steps: “He announced a formation of a special team that will handle the consequences of the pandemic in the USA. I believe that we will soon testify to the return of the USA in the World Health Organization, which Trump abandoned so fervently, concurrently sending a message that he does not believe in multilateral organizations.”

Picula thus commented on the US return in the WHO under Biden: “Before the election, he highlighted the needed shift of the energy landscape in the USA, accentuating the energy production from clean renewable sources, which would mean the restoration of the Paris Climate Agreement, ultimately accepted by him and Obama at the end of his term, and being one of the fundamental types of policies conducted by the EU through its Green Deal.”

Lastly, Picula underlined the Iranian nuclear deal framework, being a very important security question neglected in previous years, and concluded that “Biden will very shortly have to explain where he stands” appending that Biden foresees a considerable engagement on the topic of Brexit since it implies most important security issues in the Northern Ireland, in addition to objective relevance.