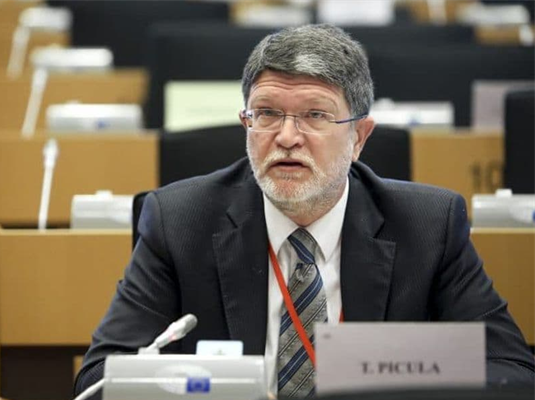 The EU should not wait for the economic boom in Germany to help the weakest members recover, Picula pointed out

Croatian MEP and the EP Rapporteur for the Western Balkans Tonino Picula told Sarajevo's Dnevni Avaz that the coronavirus pandemic could create another 100 million poor people.

The long-term economic and social consequences (of the pandemic) are real and for now we can only speculate of its scale, Picula told the Sarajevo newspaper. "EU members need a huge package of aid whose burden would be equally distributed among the countries. In my opinion, these funds should be taken over by the members of the Union by issuing joint bonds, a solution I personally actively advocate in the European Parliament," he said. With the projected fall in GDP of more than seven percent, the European Stabilization Fund will certainly not be enough without an equally distributed burden", Picula believes.

In addition to talking to Avaz, he gave a short interview for Podgorica's Pobjeda, where he commented on EU aid packages for the Western Balkans, as well as future measures for the recovery of the entire EU. "I believe the pandemic has shown that a whole range of European mechanisms were too slow to respond in the initial stages of crises. These mechanisms have been shown to be ineffective, bureaucratic and to allow national governments to act, sort of to say, in a non-European manner. Unfortunately, solidarity failed at the very beginning of the crisis, and adequate action was taken only when everyone had realized the enormous scale of the pandemic. The Assistance measures for the most affected countries, such as Italy, are gradually being upgraded and are likely to be sufficient. However, I believe that we must do much more in the future, as this crisis must not result in some members having to radically cut back on social transfers and then wait for the situation in the strongest member states like Germany to recover", he stressed out.

Read both conversations at the links below.