Croatia must not stay outside Schengen 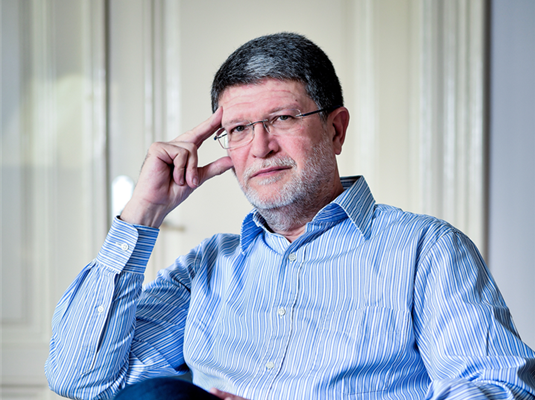 MEP Tonino Picula was recently elected Coordinator of the Socialist and Democrats (S&D) Group on the Committee on Foreign Affairs of the European Parliament for Foreign Policy. In interview for Novi List, he talked about Schengen, which is of particular importance to us, about energy transition in which Croatian islands serve as laboratories for new solutions and challenges in front of Croatia and the EU.

You have recently been elected Coordinator of the Socialist and Democrats (S&D) Group on the Committee on Foreign Affairs of the European Parliament. The EU's foreign policy since the early 1990s, when it was established, has been the biggest victim of national policies of EU member states, especially the largest ones, who do not want to leave the EU with this important segment of overall policy. In these circumstances, how can Europe formulate and implement a unified policy to address the current greatest challenges, such as relations with the US, Russia, the Middle East ...? Is EU strategic and security autonomy possible at all?

The EU needs to start transforming itself from the inside out in order to be able to cope with the huge pressures coming from the outside. Right-wing populism, which I think reached its zenith in the EU during the campaign for the EP elections, when they fell short of expectations, arose in response to misguided European belt-tightening measures in the first phase of the Great Recession. In contrast, the platform on which Ursula v.d. Leyen's gain credibility within the EP, is based on a large number of concessions to the Socialists and Democrats, precisely in terms of strengthening the social component of future EU policies and that is, combating the growing inequality. What does this have to do with the current and future common foreign and security policy of the EU? The justified dissatisfaction of EU citizens with austerity in the world's richest economic community and the rise of populism have been exploited by its geopolitical and economic rivals. The EU is premiering today on one hand with the administration of the utterly unpredictable Donald Trump, who sees the enemy in a strong EU, and on the other, with Putin's Russia, which derives geopolitical influence from its energy supplies to EU Member States. There is also China, which is trying to bite EU members' joint appearances at third parties through attempts at bilateral agreements on a new Silk Road. EU Member States have objectively never been richer than they are now, and this wealth, economic and political power, are the result of a historically justified European project.

From these facts, I begin to affirm my future agenda as S&D Coordinator for Foreign Policy. With a good turnout on the EP elections and by limiting the influence of anti-European forces, EU citizens have shown that they want a common European future and more effective EU institutions. As S&D Coordinator for Foreign Policy, I will insist on a more active role for the EU in international relations, that is, more effective approaches in eliminating the causes of economic migration and those caused by climate factors and conflicts. From a soft power level, the EU must grow into a smart power player in international relations, be politically and economically more present in the regions most affected by climate change, economic inequality and conflict. In particular, it must not escape its role as a global leader in providing development assistance, must insist on promoting fairer trade practices, that is, binding international trade agreements to human rights and environmental clauses.