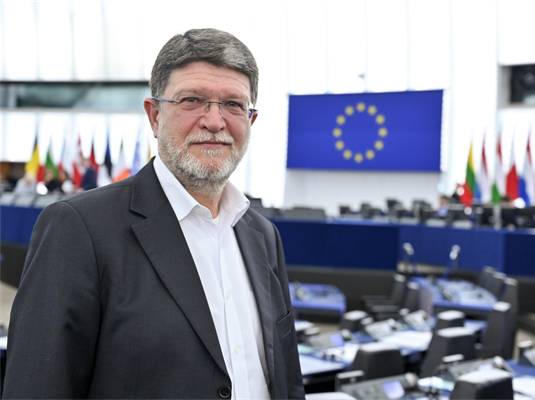 "The EU must grow from a soft power level into a smart power player in international relations, be politically and economically present in the regions most affected by climate change, economic inequality and conflict. In particular, it must not escape its role as a global leader in providing development assistance, it must insist promoting fair trade practices and binding international trade agreements to human rights and environmental clauses. It is a generational project of the European Union that I wholeheartedly support. I also contribute as the president of the Intergroup for the Seas, Rivers, Islands and Coastal Areas and throught the EC Secretariat.

The real solution to the issue of migration is objectively not in hands of Croatia, there is the need for a global consensus and the answer to the question whether we want climate and economic dystopia or we will curb our appetites in order to leave the planet on which they can live for generations to come. From the policy level, it should also be lowered to the level of problem solving practice closer to the source. With six billion euros, the EU funds camps near the Turkish-Syrian border, where about three and a half million Syrian and other refugees were taken care of at the end of last year. Given the context of wars and climate change, it may be expected that even greater funding will be necessary for these purposes. And Croatia can use its six-month presidency to put a joint solution to the problem through the prism of security as one of its priorities for the agenda, which will not disappear by unilaterally closing its borders.

When we reach the border of Croatia and the specific problems of trying to cross the border with Bosnia and Herzegovina illegally, Croatia must address them legally, in accordance with its membership of the European Union and the obligations it has assumed. This does not mean, however, that it should remain in the windmill of a poorly defined common asylum and migration policy. It is worth remembering how Croatia addressed the migration problem in 2015, systematically and humanely. The context has, of course, changed, but we must not stop being humans. We will certainly not solve the problem of migration by ignoring or with PR actions, and certainly not with military at the borders, because we are not at war. Although Croatia is not a member of the Schengen area, it protects its border with the instruments at its disposal as if it were a member state. However, it is important for us to enter the Schengen area, due to the permeability of our borders to our EU neighbors and the accessibility to the citizens of other members to where most of our tourism guests come from. Therefore, the Croatian borders should be as soon as possible Schengenized, not militarized", MEP Picula writes for Glas Slavonije.

Read the whole article at the link.