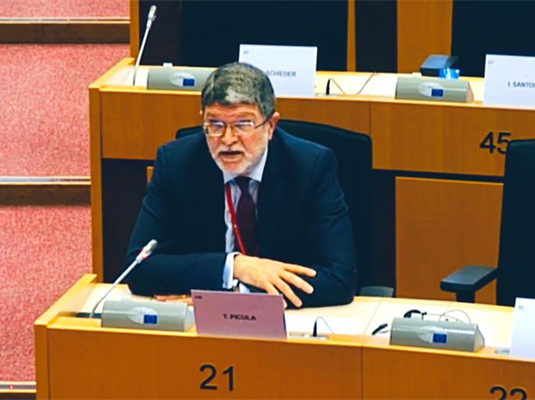 European Parliament presented a draft of EU Enlargement Recommendations and called for the continuation of enlargement and opening of accession negotiations with Northern Macedonia and Albania immediately.

In draft recommendations, for which the rapporteur was Croatian MEP Tonino Picula, the European Parliament is seeking liberalization of the visa system for Kosovo citizens and to urge the Western Balkan countries to strengthen efforts in prosecuting war crimes and resolving issues on missing persons, while opening negotiations with Northern Macedonia and Albania.

The European Parliament proposes, among other things, to consider introducing qualified majority decision-making on accession issues while maintaining unanimous decision-making in the Council solely for the opening and closing of accession negotiations.

"We wish to send key messages to the European Council, the Commission and the High Representative for Foreign Affairs and Security Policy, and that is support of the EU enlargement process itself and its continuation but also that the Union's internal reform and enlargement process can and should run in parallel, because they do not rule out one another. In addition, we emphasize that the political situation within individual EU member states cannot be a reason to suspend the entire enlargement process", Tonino Picula, Croatian MEP, emphasized at a meeting of the Committee on Foreign Affairs of the European Parliament, during the presentation of draft EU enlargement recommendations ahead of the Zagreb summit.

At the end of November last year, Picula was appointed rapporteur for the European Parliament's recommendations for the Western Balkans, with the task of drawing up a set of concrete recommendations that would allow the blocking of the continuation of enlargement policy. The aim is to contribute to the opening of negotiations with Northern Macedonia and Albania and to give new impetus to the enlargement process in this EU institutions mandate ahead of the EU-Western Balkans summit in Zagreb on May 6-7.

You can also see MEP Picula's speech in the video.