Western Balkans EU funds depend on the rule of law 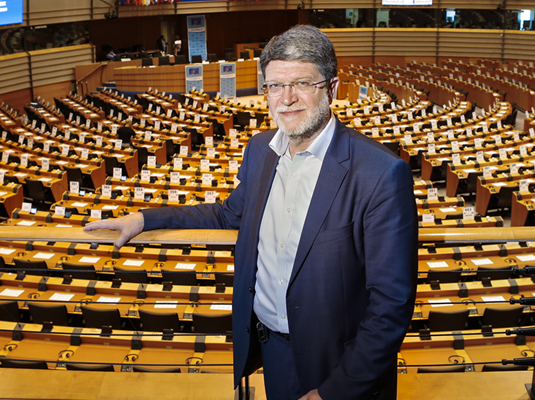 “Reforms directed to the strengthening of the rule of law and invigorating independent institutions in the tripartite system must be a crucial factor in granting access to IPA III funds and all other European funds intended for candidate countries for membership in the European Union. The European Union will help them the most by continuously supporting those reforms”, Croatian MEP Tonino Picula highlighted during his speech on the occasion of launching the Economic and Investment Plan for the Western Balkans and EC reports on the progress of the candidates for EU membership.

Picula participated in the presentation of documents after the Council of EU commissioners as rapporteur for the new IPA III Pre-Accession instrument, Socialist and Democrats Foreign Affairs coordinator, and as a standing rapporteur for relations with Montenegro and Chairman of the EP Working Group for the Western Balkans.

Picula stated to Enlargement Commissioner Oliver Varhelyi, who was presenting the documents that they are proof of the Union’s commitment to the enlargement process, especially through the importance of economic and social convergence of the region toward the Union, support for education, infrastructure projects, and green transition and the overall investment potential of almost 20 billion. In his recommendations for the enlargement process, he has previously emphasized the necessity for all measures and the pre-accession program to be established in a way that all citizens of candidate countries perceive the tangible benefits of EU membership and improvement of their living conditions before accession, as this will make them easier to implement and gain support.

The Union has, Picula reminded, by providing 3,3 billion euros of financial and logistic support to the region during the COVID-19 pandemic show a true understanding of the region’s importance for European stability. It is especially important, Picula estimates, that through the Economic and Investment Plan the countries on the Western Balkans will be included in accomplishing the goals of the European Green Deal. The countries in the region are among the most affected by the climate changes and it is important that they are allowed to participate in environmental protection policies through financial and logistic support for the development of long-term and sustainable climate strategies.

By its volume and structure, the Deal confirms the credibility towards country candidates in the Western Balkans and all the citizens of the European Union, Picula stresses. As rapporteur for the emerging IPA III program, Picula called for the European Parliament to play an increased role in supervising good governance and resource allocation, in addition to insisting on the rule of law.

According to the Commission’s proposal, more than 9 billion euros will be available to the countries of the Western Balkans, where about 18 million people live, while the total IPA III package will exceed the 14,3 billion euros in financial perspective 2021-2027.

Speaking about Montenegro, as Parliament’s rapporteur, he commented on the Commission’s report about progress in that country when it comes to Union accession. “Progress has been made in several fields, such as fighting human trafficking, but the rule of law, jurisdiction, freedom of the media and fight against corruption continue to be unsatisfactory. Despite the fact that Montenegro is the leader in the enlargement process, the chapters are not closing at the appropriate speed."

Picula informed the new Montenegrin government that he expects them to take a constructive approach and fulfill the signed obligations on the European path, primarily due to the fact that as many as 70% of the country’s citizens support membership in the European Union.