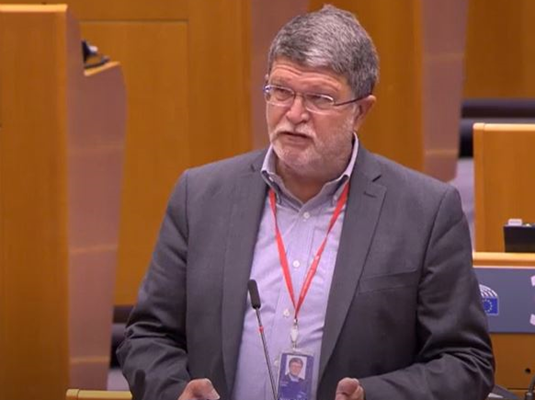 Picula speaks about the situation in Belarus, the conflict between Greece and Turkey, and relations with Russia

Croatian MEP and coordinator of the Socialists and Democrats group, Tonino Picula, held three speeches during the first day of the EP plenary session, discussing the crisis between Greece and Turkey in the eastern Mediterranean, the post-election situation in Belarus and the assassination attempt on Russian opposition leader Alexei Navalny.

Picula forwarned of the need to de-escalate tensions between NATO members Greece and Turkey, as well as the need to start a dialogue, for which the first precondition is for Turkey to refrain from unilateral moves towards Greece. He concluded that it necessary to continue strengthening the European Defense Union.

Speaking about the situation in Belarus, he reminded that the EU must continue to support citizens of that country in their fight for fundamental human and political rights, and proceed to implement sanctions against Lukashenko and those who order and use violence against Belarusians. He also reiterated his demand for a review of relations with the Belarusian regime.

Picula described relations with Russia as severely bad, due to Russian moves that violate the international legal order in Ukraine, due to Russian intervention in Syria, as well as the spread of misinformation and false news. He especially emphasized Russia's support to the extreme right and anti-European forces in the EU member states. The new comprehensive strategy towards Russia must be based on insisting on respect for international law and human rights standards while strengthening peace and security, he concluded.