Recommendations for enlargement voted in the EU 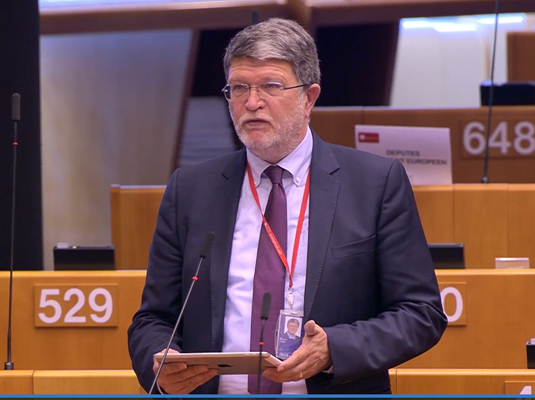 The final proposal of Recommendations will be forwarded to the European Council, the Commission and the High Representative for foreign affairs and security policy

On Thursday, 17th of June 2020, Croatian MEP Tonino Picula presented the final proposal on the recommendations of the European Parliament to the Council, the Commission and the High Representative of the Union for Foreign Affairs and Security Policy on the Western Balkans after the summit 2020, that is, the recommendation on enlargement in the Western Balkans. After being accepted by the EP's Foreign Policy Committee, it came to receive support of as many as 532 deputies in the vote on Friday, June 18, 2020, with 70 against and 63 abstentions.

The report emphasizes that the perspective of the full EU membership of the countries in Western Balkans is in the best interest of the European Union, be it political, security-related or economic. Enlargement is our most efficient instrument in foreign policies that contributes to the improvement of reach of the core values of the Union, promoting peace and prosperity, equality, reign of law and respect for human rights all across Europe, Picula underlined in today’s speech in the European Parliament.

As the author of the report, Picula greeted a new, ameliorated methodology of enlargement which was presented by the European Commission, and which is partially related to the Report, and a great breakthrough has made by launching of the process of negotiations with Northern Macedonia and Albania, as a declaration of the Zagreb summit. Besides that, through amendments on the initial proposal of the recommendations, Picula reminded of financial aid that the European Union gave to the countries of Western Balkans during the pandemic of the coronavirus, with a value of more than 3,3 billion euros. Furthermore, he especially emphasized the need for adequate financing of the policy of enlargement, and because of its difficulty he sent out a clear message to the European Council about the need for more funding in the upcoming 7 year budget.

In addition, Picula's recommendations include clear political incentives for the Western Balkans conducive to enabling their participation in EU sectoral policies and programs before full membership, through targeted financial support, and in order to help citizens feel the tangible benefits of membership and increased EU presence in those countries.

Following the vote in the European Parliament, the recommendations will be sent to the European Council, which has been chaired by Germany since the beginning of July this year, to the European Commission and to the High Representative of the Union for Foreign Affairs and Security Policy.