Prošek must not be discriminated in the EU 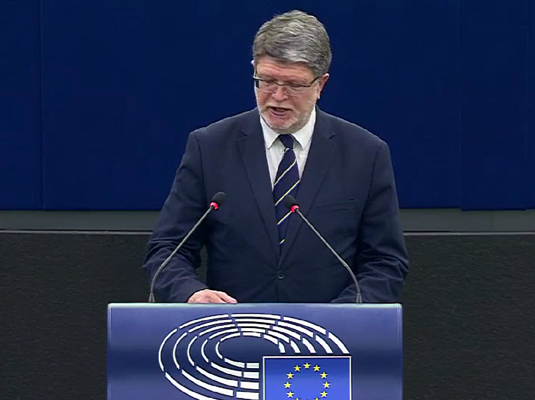 Croatian Member of the European Parliament Tonino Picula gave a speech on behalf of the S&D Group on the protection of Croatian Prošek at today's plenary session on strengthening the protected designation of origin.

“Incomplete and inaccurate interpretations, as well as accusations of abuse, imitation or allusion, should be rejected. Prošek is not a new product labeled “Prošek” just to arouse associations to ‘Prosecco’. The similarities in name stem from the rich historical and linguistic heritage that our two countries share.” A legacy to be celebrated, not belittled and abused," said Tonino Picula, Croatia's member of the European Parliament, during a debate on the prosecution interpellation launched by Mara Bizzotto, a far-right MP who opposes protecting the name “Prošek” in the European Union.

Picula pointed out that he comes from Dalmatia, where Prošek has been traditionally produced for centuries. That old name was used long before Prosecco was protected in the EU. Prošek's reputation stems, above all, from the quality that results from a specific local production technique.

“These two drinks are easy to distinguish by color, taste, grape variety, method, region of production, size, and shape of the bottle, as well as by price. Prosecco is produced in large quantities, while Prošek is sold in small quantities and mostly in the local market. As the regulations state, a reasonably informed consumer cannot be confused. Prosecco is an aperitif served at the beginning of a meal, while Prošek as a dessert wine is served at the end of a meal. In accordance with that, let every good meal start with Prosecco and end with Prošek”, explains Picula.

He also thanked the Commission for its work so far and for the quick response to his letter regarding unfounded attempts to obstruct the protection of the name Prošek, and reminded that Commissioner Wojciechowski explained in response to a parliamentary question that coexistence of products is possible, even in two homonymous terms.

He also thanked the Commission for its work so far and for the quick response to his letter regarding unfounded attempts to obstruct the protection of the name Prošek, and reminded that Commissioner Wojciechowski explained in response to a parliamentary question that coexistence of products is possible, even in two homonymous terms.

"Recognition of traditional Prosecco can in no way weaken the existing quality protection system. It can only strengthen him. This would also be a recognition of the contribution of the indigenous products of the newer Member States, as the principle that we are united in diversity should be respected. Croatia and its producers cannot and must not be discriminated against on the grounds of linguistic similarities. Even less due to the fact that Croatia is the newest member of the EU. We fight for equality, fairness, and impartiality. This is proven in practice in such cases. Because of all this, the EU must protect small traditional producers of indigenous products from large ones who are trying to abuse their dominant position in the market. Without such equality, there is no common future ", concluded the Croatian MP.