NO EC REACTION TO HUMAN RIGHTS VIOLATIONS IN SERBIA 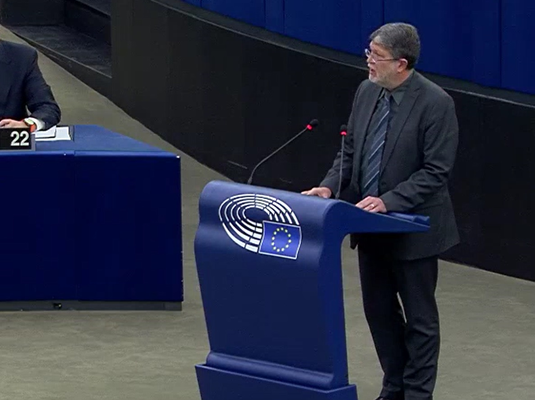 The decision of the European Commission to open a cluster of environmental negotiations with Serbia after the violent attacks of Vučić's hooligans on environmental protesters does not help the EU's credibility, says Tonino Picula

"It is not often that we discuss a candidate country for EU membership as an emergency of human rights. However, the current situation with human and labour rights in Serbia fully justifies this precedent," said Croatian MP Tonino Picula, head of the Western Balkans Working Group in the European Parliament, in today's speech at the plenary session.

"In Serbia, there are no isolated cases of external influences through dubious investments that are not in line with European standards and values. And such result in forced labour. And all this with the direct support of the ruling structures, which compare the environmental protesters with the fascists, while the hooligans, under the protection of the police, defend the murals of convicted war criminals," he stressed.

Picula said that it was extremely ironic that an intergovernmental conference was held yesterday to open a new cluster of negotiating chapters with Serbia, the environmental cluster, just a few days after mass protests in Serbia against the government's legislative proposal that would endanger the environment and endanger public health.

"Civil resistance managed to lead to the withdrawal of the disputed law, but Brussels' resistance to such government policies was unfortunately lacking. Such decisions will not restore credibility to the enlargement policy," the MP concluded.