For sanctions qualified majority in the EU! 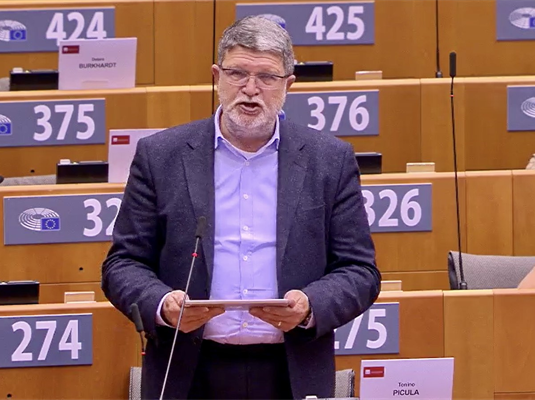 In a speech to this week’s plenary session, Croatian MEP and S&D Foreign Policy Coordinator Tonino Picula commented on the European Council’s priorities relative to Nagorno Karabakh crisis, sanctions against the Belarus regime and the new 7 year EU budget.

The Council meeting was prevailed by foreign policy issues. The conclusions call for as reduction in tensions and support for dialogue in the case of the Eastern Mediterranean, where the EU must defend its sovereignty, and the escalating conflict in Nagorno Karabakh. I welcome the agreement on measures for 40 Belarusian officials. However, this list is not complete without the self-proclaimed President Lukashenko. We owe it to the citizens who are suffering regime’s repression and continue to be persistent in protests. This proves that qualified decision-making on sanctions is necessary in the increasingly tense foreign policy situation in the neighbourhood and globally. China’s announcement about achieving carbon neutrality by 2060 is encouraging, with a clear reminder of the unacceptable state of human rights and the need to harmonize market competition rules. The Council’s political agreement is not the finale of the Multiannual Financial Framework. The European Parliament has clearly communicated its mandate in terms of amounts and priorities. Parliament must be represented as a co-legislator. The rule of law as a precondition for the withdrawal of funds and our own funds for recovery are in the best interest of the citizens who have bestowed us direct legitimacy.