EP voted in favor of Picula's Report on Montenegro 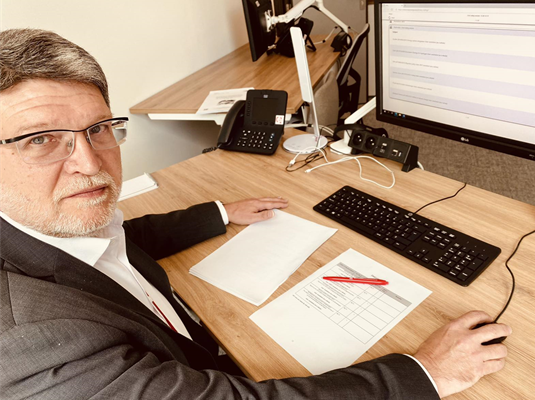 The report was voted in favor by 595 votes, noting that further progress in the area of the rule of law and respect for fundamental rights is crucial.

The Report on Montenegro’s Progress by Tonino Picula was voted by 595 votes in favor of the European Parliament, reaffirming the EP's support for the country's EU accession process, noting that further progress in the rule of law and respect for fundamental rights is crucial.

On the occasion of the adoption of the Montenegro’s Progress Report for 2019 and 2020, Picula pointed out that he believes in the European future of Montenegro, but stressed that after the first transition of power after 30 years, a sufficiently constructive dialogue between key political parties did not continue. Montenegrin citizens continue to support the country's membership in the European Union in large numbers, as many as 76.6 percent, which is one of the highest rates of EU support in the region. The deputies also assessed that bilateral relations with Serbia are marked by tension, and insist that disputes be resolved through bilateral talks, without foreign interference.

In his speech in the European Parliament, Picula stressed the importance of closing open chapters, especially due to the fact that overall progress in chapters or clusters will depend on progress in the rule of law, that is, Chapters 23 and 24. He stressed Montenegro's limited progress in judicial reform. "Montenegro already has the mechanisms needed to ensure both judicial and prosecutorial independence, but they need to be used more effectively. Their upgrade should be measured. The principles of separation of powers must not be called into question,” he said, referring to the recently adopted changes to the so-called prosecutorial laws, which did not fully respect the recommendations of the Venice Commission, which would achieve full compliance of the Law with both sets of recommendations.

He warned that extraordinary procedures and partial solutions could jeopardize the already limited progress made so far in the area of ??rule of law and the fight against corruption. He also reminded of the worrying lack of progress in the area of freedom and independence of the media: "In the last five reports of the European Commission, it was assessed without progress. I call for an urgent investigation into all attacks on journalists and the punishment of perpetrators. "Freedom of the media is one of the fundamental values ??of the EU, so this problem will be one of the backbones of Montenegro's pre-accession path." He also stressed the need to protect the rights of minorities, all the more so because some, like Croats, for the first time do not have their own political representatives in the Assembly. He strongly condemned the post-election attacks, the initiative to name one street after a convicted war criminal, as well as the denial of the genocide in Srebrenica. Picula's Report registers Montenegro's constructive role in the context of regional co-operation and neighborly relations, as well as its full compliance with EU foreign and security policy so far, as well as its participation in joint missions.

"In the context of recent indications related to border agreements, I want to make it clear - bilateral border agreements must be respected, and an agreement must be reached on open issues. If it is not possible, only the international court has jurisdiction over such disputes," Picula pointed out. Speaking about Montenegro's exposure to Chinese debt, he said that the EU should help Montenegro in negotiations with international financial institutions on loans in order to reschedule its external debt to China, which seriously jeopardizes the sustainability of public finances and has significant political and environmental consequences. "However, additional assistance from the EU will only be fully relevant if it relies on legislative reforms that are in line with European standards and recommendations. A successful partnership is always based on mutual contribution," Picula concluded.