EU must cooperate with the USA by strengthening its autonomy 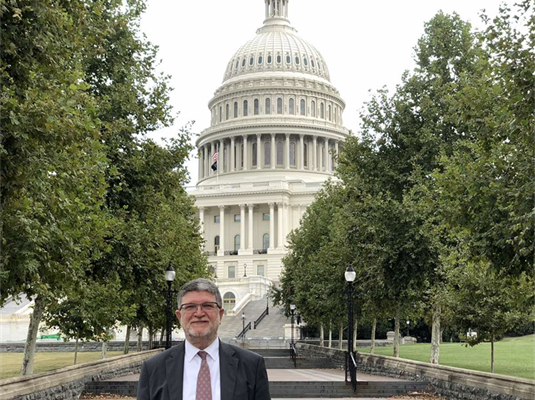 After returning from a week-long working visit to Washington, Croatian MEP and rapporteur for relations with the USA Tonino Picula concluded that the EU must continue to cooperate with the USA, but taking care of strengthening its autonomy

“The European Union must work with the United States to strengthen its autonomy in decision making and activities in security and foreign policy, but this also means greater responsibility. The United States remains one of our most important partners, but we must keep in mind the fact that we do not have the same interests in trade, data protection or relations with some third countries,” Picula said.

Just before his Report on the Future of EU-US relations was on the agenda as the central debate of this week's plenary session in Strasbourg, Picula met with several representatives of the US State Department in Congress in the US capital, as well as representatives of the American Chamber of Commerce, the World Bank, and the International Monetary Fund.

“Although we welcomed last year's election results in the United States with optimism, which was justified by the US return to the Paris Climate Agreement, we should be aware of the fact that the US administration is focused on its domestic political agenda and this is felt in relations with partners such as the EU. This is another signal that the EU must defend its own interests and redefine relations with the US bilaterally, but also within NATO, for which a valid lesson is, among other things, the debacle in the withdrawal from Afghanistan or the new security agreement between the US, Great Britain and Australia. This is a realistic framework in which we will discuss my Report on the future of EU-US relations,” Picula said.

Topics of discussion were the state of transatlantic relations after the change of administration, but also after Afghanistan and AUKUS, the possibility of strengthening cooperation by enhancing the multilateral order, cooperation in climate change, relations with China, trade relations, the recent Trade & Technology Council in Pittsburgh, but also relations with Russia and security of energy supply.

He also met with Jacob Poushter, Director of the Pew Research Center, Director of Transatlantic Strategy of the International Republican Institute Jan Surotchak, as well as representatives of the EU Delegation in Washington Dearbhl Doyle, Head of Policy, Security and Development, and Mercedes Garcia Perez, Head of Department for global issues and innovation.

Picula met with Marjorie Chorlins, Vice President for Europe of the American Chamber of Commerce.