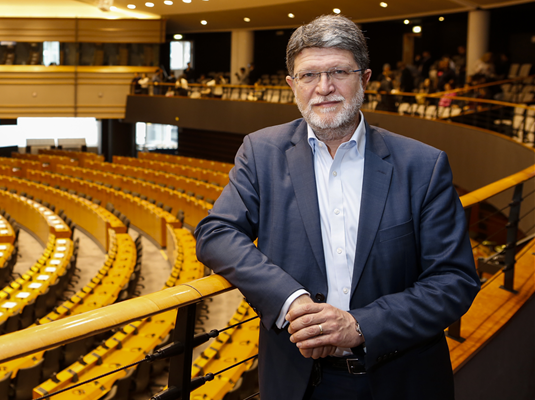 Tonino Picula, Croatian Member of the European Parliament and EP Rapporteur for the Future of EU-US Relations and Relations with Montenegro, as well as the President of the EP Working Group on the Western Balkans, is the third most influential Member of Parliament this year in the category for trade and foreign policy, according to the indicators of the Influence Index conducted by the independent think tank Vote Watch Europe.

“I believe that international relations, together with security and defense, especially in the sphere of new challenges of the multilateral order, are crucial for the future of the European Union and the well-being of its members. That is why I have paid particular attention to these topics in this term: relations with the United States, which are our key partner, have until recently been at their lowest level in the past seventy years. My recently adopted Report has become the foundation on which the EU will base its strategy towards the US and key topics we can work on together to contribute to global peace and address key challenges such as climate change, tax harmonization and migration. Another important topic is our immediate neighborhood, which is why I accepted the role of President of the EP Working Group for the Western Balkans. It took us more than two years to adopt the IPA III pre-accession assistance package, but that is one of the most important tasks we have managed to complete this year,” Picula said on the occasion of the announcement of the Vote Watch results.

This year, Picula presented the Report on the Future of EU-US Relations, voted on by the European Parliament's Foreign Affairs Committee, which defined the priorities of the dialogue between the United States and the EU and detected the biggest common challenges. The European Parliament adopted his report by a vast, two-thirds majority of 550 votes. In this report Picula highlighted the need for a renewed agenda that would emphasize multilateral cooperation for a healthier world, the fight against climate change, reformed trade rules, the promotion of democracy and an order based on shared values ??as well as reform of the global order aimed at eliminating social and economic inequalities. Then, his Report on Montenegro was adopted, in which he pointed out the country's progress in the fight against organized crime, but also called for the acceleration of reform processes, especially emphasizing the importance of the rule of law, media freedom and the fight against corruption. Picula also used the announcement to recall the importance of the EU maintaining its credibility in enlargement policy in the Western Balkans, as he considers it a basic test that the Union must pass in realizing its agenda of strategic autonomy in foreign policy, security and defense.

Following the policy of EU enlargement, Tonino Picula, as a negotiator, finalized the adoption of IPA III, which is the basis for pre-accession funding of candidate countries for membership in the European Union in the period from 2021 to 2027 and which aims to strengthen democratic, normative and socio-economic transformations of EU candidate countries.