The islands are the first step toward EU energy independence 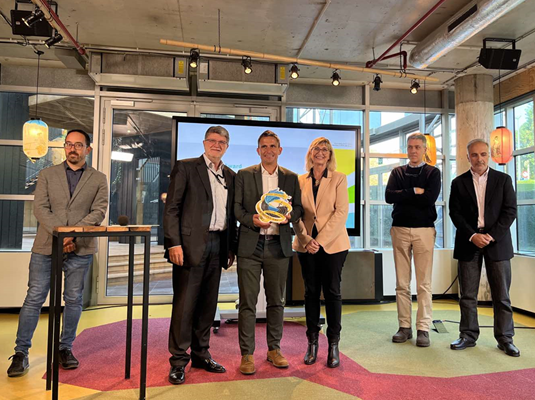 The project of the Croatian islands of Cres, Lošinj, and Korčula included in the 10 best island energy transition projects in the EU

Tonino Picula, Croatian Member of the European Parliament and President of the Intergroup of the EP for Seas, Rivers, Islands, and Coastal Areas today awarded awards for managing clean energy projects on the islands within the "Green Transitions in Practice" program.

The first three places were awarded to the Symbiotix project from the Spanish island of Menorca, followed by Adeje Verde from Tenerife, and Sustainable Action for Sustainable Energy from Crete, Greece. It is commendable that the Croatian islands of Cres, Lošinj, and Korčula also entered the top ten awarded with their project Step to the community - solar islands.

In his introductory speech, Picula referred to the need for greater energy independence of the European Union, especially in these times. "Sanctions cost Russia, but also the EU, especially considering the excessive energy dependence that often prevented us at the EU level from having a more direct attitude towards Russia. To counter this, we need to boost our manufacturing, secure supply chains, and support greater industrial and energy independence.”

Picula explained that over the years the European Parliament has strongly supported the islands and launched initiatives such as pilot projects that started the process of the island's energy transition.

"We can say that the islands got their place on the EU agenda, and concrete projects are being implemented. We continue to work on the structural change that would result in a permanent structure for the energy transition of the islands and the overall EU strategy - the Islands Pact. The successful initiatives on clean energy for the EU islands and the secretariat's leadership are excellent examples of how the EU islands can be and are at the forefront of the energy transition and decarbonization of economies, " Picula.

The islanders have learned how to turn natural shortcomings and often scarce resources into a sustainable way of life because this is the essence of their existence on the islands. Even when there are plenty of natural resources, there is a lack of technology for their use and extraction, he emphasized.

In conclusion, he said that the islands need two key things - adequate financing of projects of all sizes and adequate investment in research and innovation that will create solutions and ease the transition for everyone. Sustainable production, renewable energy sources, local consumption, and territorial development led by local communities should be the framework for the future development of the islands.