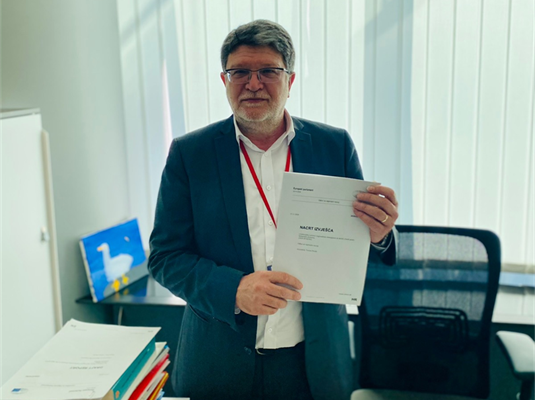 The report, sustained by a majority of 58 votes in favor, four against and nine abstentions, highlights the country's progress in fighting organized crime and calls on the authorities to speed up reform processes, with particular emphasis on the rule of law, justice, media freedom and the fight against corruption.

"In the Report, we reiterate the European Parliament's support for Montenegro's path to the EU and the accession process. As the country that has made the most progress in the accession process, we want to encourage Montenegro to continue with reforms, especially in the area of the rule of law. Over the past years, a great effort has been made in bringing Montenegro closer to the Union, and I see the Montenegrin story as one of the key points in reaffirming enlargement policy as one of the EU's most successful foreign policy tools for stabilizing its own neighborhood. That is why I once again call on the leaders of the Montenegrin government and the opposition to reach the agreements necessary to continue the path towards the Union, in accordance with the high and growing support of Montenegrin citizens for membership in the European Union", Picula said after the vote.

The report was adopted by a large majority, but it should be noted that MEPs expressed great concern over the tense political situation in Montenegro, and said that an open and constructive dialogue between all political and social stakeholders is necessary on the road to EU membership.

Domestic political tensions are partly a reflection of tensions between Montenegro and Serbia, which is why Picula's Report demands that all bilateral disputes be resolved through an inclusive and conciliatory dialogue while avoiding any form of foreign interference in domestic political issues.

The report also highlights concerns about the growing polarization of the media landscape, especially with regard to increasing misinformation and false news in the Montenegrin public space, and calls for stronger cooperation between EU institutions and Montenegro in the fight against misinformation and hybrid and cyber threats The report also did not ignore the factor of the country's growing credit exposure to foreign creditors, especially China.

"As the Montenegrin economy fell by a whopping 14.3 percent last year due to the COVID-19 coronavirus pandemic, primarily due to falling tourism revenues, we appealed to the authorities to use funds from the latest 60m-euro Union aid package to mitigate consequences for the citizens of the country. "We asked the Union to help Montenegro in this wave of the pandemic, especially after last month's appeal of the Montenegrin government for help and in the form of the arrival of health workers," Picula stated.