Picula: No one can give up our obligations on behalf of the Republic of Croatia 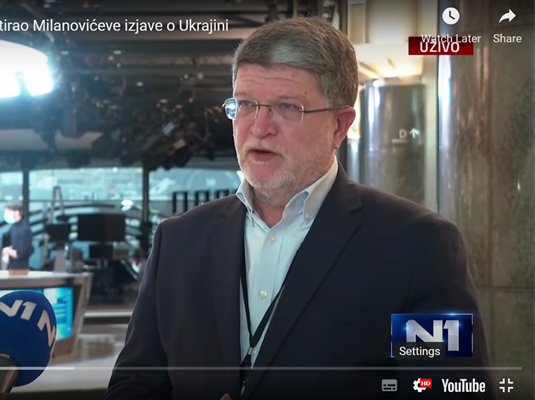 Dodik's policy needs to be curbed, and Croatia must respect its obligations, Picula said

"It seems to me that he has contributed, at least at the level of international understanding of Croatia's position, to certain misunderstandings that need to be clarified. Croatia is a member of the European Union, Croatia is a NATO member. But in this particular case, there is no obligation for Croatia to send its troops and equipment directly to Ukraine. Whether we will be invited to participate directly in some way is a matter of agreement and negotiation in Croatia", said today Tonino Picula, Croatian member of the European Parliament and foreign policy coordinator of the Socialist and Democrat parliamentary group, commenting on the complex situation on the Russian-Ukrainian border, but also on Zoran Milanovic's statements yesterday on sanctions against Milorad Dodik.

Asked whether Croatia should support the proposed sanctions against Milorad Dodik and commented on Milanovic's statement that "whoever votes for him is a traitor", Picula replied: "The issue of B&H's stability for Croatia cannot be secondary. Any threat to B&H from within must arouse the reaction of Croatian politics. We cannot be indifferent to what will happen in the next six months, as long as Dodik has set his plans for separation from B&H. I think that this would be an extremely unfavourable position for Croatia, and that is why we, the Croatian MPs, warned that such a policy should be stopped. If sanctions are to be imposed, then we are in favour of that."

The Ukrainian crisis has such potential that it cannot be considered a regional crisis, it has dangerous global implications and it is certain that some NATO members may be endangered in the unfavourable development of the situation. As a member, Croatia will certainly be part of a policy that should protect the interests of NATO members, as we would rightly expect other NATO members to defend us in the event of a threat to Croatian territory, he said.