Montenegro slowed dramatically on its way to the EU 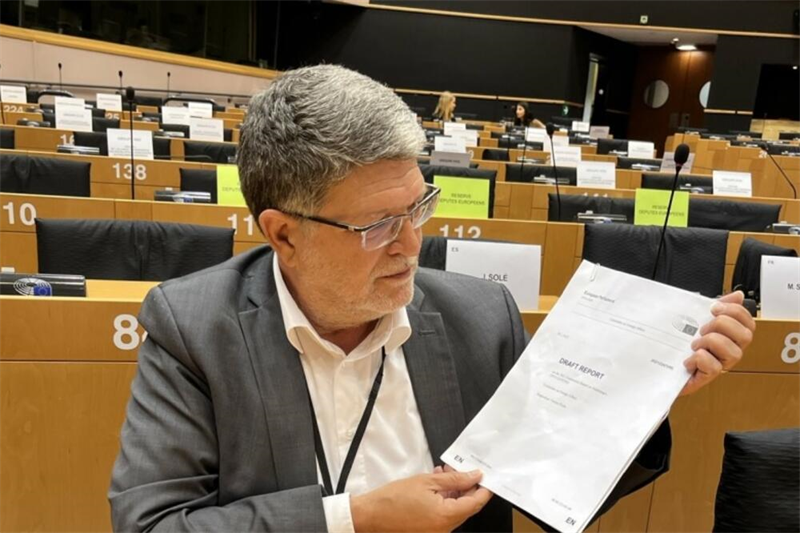 In an interview with the Montenegrin portal Vijesti, the Croatian member of the European Parliament and EP Rapporteur for relations with Montenegro commented on the current situation in Montenegro that arose after the changes to the Law on the President and the related citizen protest

The rapporteur of the European Parliament for Montenegro, Tonino Picula, said that early parliamentary elections would be the best solution for the health of Montenegrin institutions and getting out of the institutional regression that "dramatically" slowed down the path to the European Union.

"Instead of unsuccessful attempts to reshuffle and dubious maneuvers that try to preserve this composition of the Assembly, I have already assessed several times that it would be best for the health of the institutions to hold extraordinary parliamentary elections. That would be the most legitimate move with the goal of forming a clear parliamentary majority. At the same time, it would represent a way out of the trend of institutional regression, because the Montenegrin path toward the EU has slowed down dramatically. The context of the seriously changed geopolitical circumstances in which we live cannot be ignored either, where the established Euro-Atlantic direction of Montenegro must not be questioned," said Picula.

He reiterated that the values and norms that the EU inherits are based on respect and consistent implementation of laws and democratic principles, stating that these postulates have been violated by the amendments to the Law on the President.

Picula said that the protests due to changes in the law have a party background, despite being formally organized by a civil organization, and the messages about causing constitutional instability are, as he states, unfortunately correct.

"If the protests continue as announced, I hope that, like at the beginning of this week, they will remain peaceful. I am always in favor of the option where public protests continue in the form of a political dialogue of opposing interests. Without that, protests can only bring together more and more frustrated people over time, who find it increasingly difficult to communicate rationally," he says.

When asked about previous cases of violation of the Constitution after he recently said that "the Constitution is the basis of the rule of law and that all legislative decisions must be harmonized with it", Picula repeated that respect for the highest legal act is one of the fundamental principles of European legal orders.

As he reminded, the EU started the pre-accession process with Montenegro ten years ago in the good faith of including it in its ranks.

"The negotiating framework prescribes in detail how to improve the current situation and where to introduce much-needed reforms. Brussels is always encouraging Montenegro to achieve the required standards. If there had been such egregious attempts to circumvent constitutional norms in Montenegro during that period, it certainly would not have progressed to the level of the most successful candidate countries for membership," he added.

Picula says that since the beginning of the process of accession of Montenegro to the EU, the European Parliament has been working thoroughly, seriously and in good faith to strengthen democratic institutions and implement key reforms in Montenegro. He believes as he stated, that the representatives, and the institutions as such, help as much as possible in relaxing the increasingly tense political situation in the country in order for Montenegro to stabilize sufficiently in its continued path towards EU membership.

"In this sense, there are already successful examples of this type of mediation, for example in North Macedonia, which gave a good result. However, the principles of two-way communication and openness to compromise must be sincerely embraced. Anything else would be a waste of time. And Montenegro has less and less of him when it comes to chances for a more serious step forward before the end of the current mandate of the Parliament and the Commission", concludes the European representative.