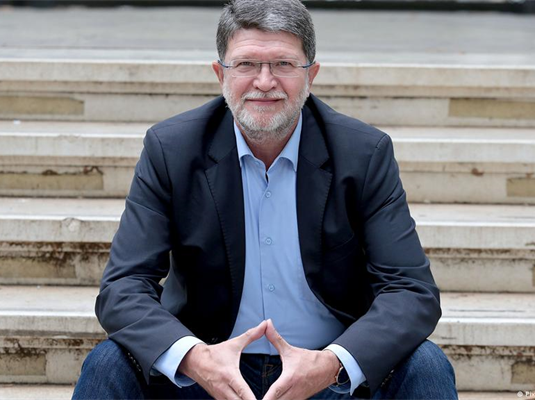 Croatian MEP Tonino Picula gave an interview to Glas Slavonije on June 12th, analyzing in detail a recent European Commission’s decision to expand the Schengen area to include Croatia, Bulgaria and Romania, countries that meet all technical criteria required to be admitted in the zone without border controls between member states

As for the very structure of Schengen, Picula said that “as a system of trust between its country members, it is undoubtedly one of the greatest achievements of the European Union because it allows 420 million people to circulate freely, thus contributing to richness of ideas, diversity and exchange of goods in the Union. However, when it comes to Croatian accession to that area, and especially at the same time with Bulgaria and Romania, it becomes a sensitive political and geostrategic issue. In order to emphasize that ever present atmosphere of uncertainty regarding the admission of these three countries to Schengen, I would like to mention the fact that the members of Schengen, that is 26 of them, have introduced internal border control as many as 268 times since 2015, and since 2006 by 2014 this had been done only 35 times.Thus, it is quite obvious that this trust-based system is under threat and that Schengen is not what it was originally intended to be at the moment. In addition to terrorist attacks and illegal migration, additional pressure on Schengen was put by the pandemic, which brought to the test the common European interests above national ones. Of course, apart from the positive indicators for a successful membership, it is a good thing that we have removed various technical ambiguities such as whether we are qualified for Schengen. However, we ought to make leaders of more developed countries aware of how much Croatia is ready to contribute to security, given that, for example, with more than 6,000 police officers, it guards the Union's external borders."

So Schengen membership is now in its final stages, but it is still quite a task for each member state. Moreover, financial support is necessary in order to be able to effectively use the highly developed digital tools that exist for the purpose of controlling external borders. I believe that Croatia has done a good job in many respects, but its accession to Schengen should not be tied to an exact date. What is encouraging at the moment is the fact that all the technical preconditions for our Schengen membership have been met. Croatia should therefore be a part of it, it has gone too far, and at this moment I think that this final effort should be made in order for Croatia to really get the consent of the European Council, which must unanimously decide on the admission of a member state. It is difficult to predict whether something will happen in the meantime, but it would be good and symbolic to enter the Schengen system for the duration of the Conference on the Future of Europe, which has just begun.

In the context of citizen mobility within the Union, Picula explained: Due to its diverse border situation, Croatia could have problems that some other tourist destinations in Europe will not have, and this may be a difficult factor in attracting tourists. In these aggravating circumstances, it has also been shown that border crossings are becoming one of the most important political issues, although we have been accustomed to free movement without restrictions. However, now is the time to make the border crossing system effective in defending against the virus, but in a way that disturbs as little as possible the values ??that Europe has been creating for years.

He also said that we are aware that the entire population will not be vaccinated, but nevertheless a compromise needs to be found between border crossing measures, in a way that allows citizens more accessible testing and better cooperation between countries regardless of whether they are within the Schengen borders.

Finally, he expressed satisfaction with the voted Instrument for Financing EU candidate countries, saying it was a wise and positive decision to invest in a more prosperous European future for the Western Balkans.