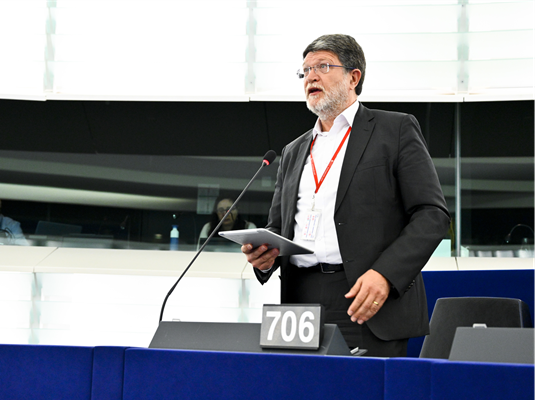 MEP Picula commented on the current security situation in Syria.

"The war in Syria has been going on for nine years, but the escalation of violence in and around Idlib has resulted in the worst humanitarian crisis in the region, along with Yemen. Due to the conflict between Turkey and the Syrian army, over 390,000 people had to flee their homes since December 2019. To most of them, this was not the first time. 80 percent of these refugees are the most vulnerable groups, women and children.

53 health care institutions had to stop operating, and fewer than a quarter of refugee children were in the education system. The number of civilian casualties is increasing. A total of 2.8 million people need humanitarian assistance. The humanitarian crisis is exacerbated by winter conditions.

The Geopolitical Commission and the EU, as the world's sole promoter of peace, stability and dialogue, must take the role of an active solution proponent from a passive observer. We need to intensify bilateral talks with conflicting parties, but also offer a multilateral platform for reaching an agreement. For starters, let us also consider the format of the Berlin Conference, which achieved some results in the case of Libya", Picula said.