Solve the problem through dialogue 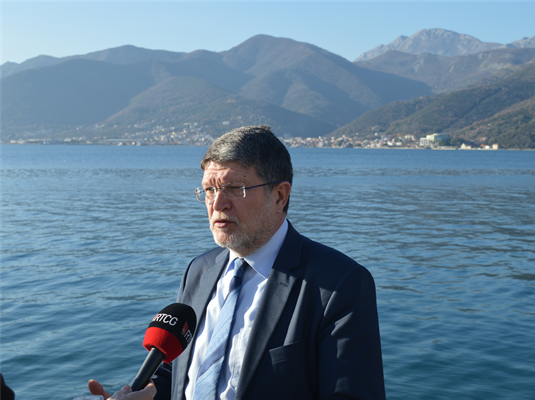 The situation regarding the Law on Religious Freedom must be resolved by an agreement, said European Parliament rapporteur for Montenegro Tonino Picula.

"In politics, dialogue is a basic instrument. It seems to me, without wanting to go into details on relations on the Montenegrin scene, that this law was brought in a very polarized social and political atmosphere. The question now is how to make dialogue about that law and its implementation possible. I can only ask for more accountability of all those involved or interested in solving the problem, because I believe that the deal has no alternative. Further polarization can only harm some other processes within Montenegro itself. I do not see that without a serious agreement, first of all within Montenegro, but also with reduction of tensions in the Montenegrin neighborhood - I don't see that the problem will be solved. And the problem exists”, Picula points out.

When asked how we comments the attempt to light the Montenegrin flag in Serbia and the rude rhetoric of Belgrade, Picula states that it does not contribute the European path.

"This first and foremost discredits the efforts of our MEPs, who are really strongly in favor of enlargement policy, because advocating for countries that cannot find the way to solve their open problems at the table, patiently, no matter how long it takes, but perhaps with inflammatory rhetoric and narrative encourage conflicts and unacceptable behavior such as burning the Montenegrin flag, certainly do no favors to either themselves or their neighbors. Especially they do not help the common goal, which is membership in the European Union. It is difficult, then, to defend the right of these countries to join the European bloc unless they are able to resolve their disputes in a way that is much more appropriate to European practice”, Picula said.